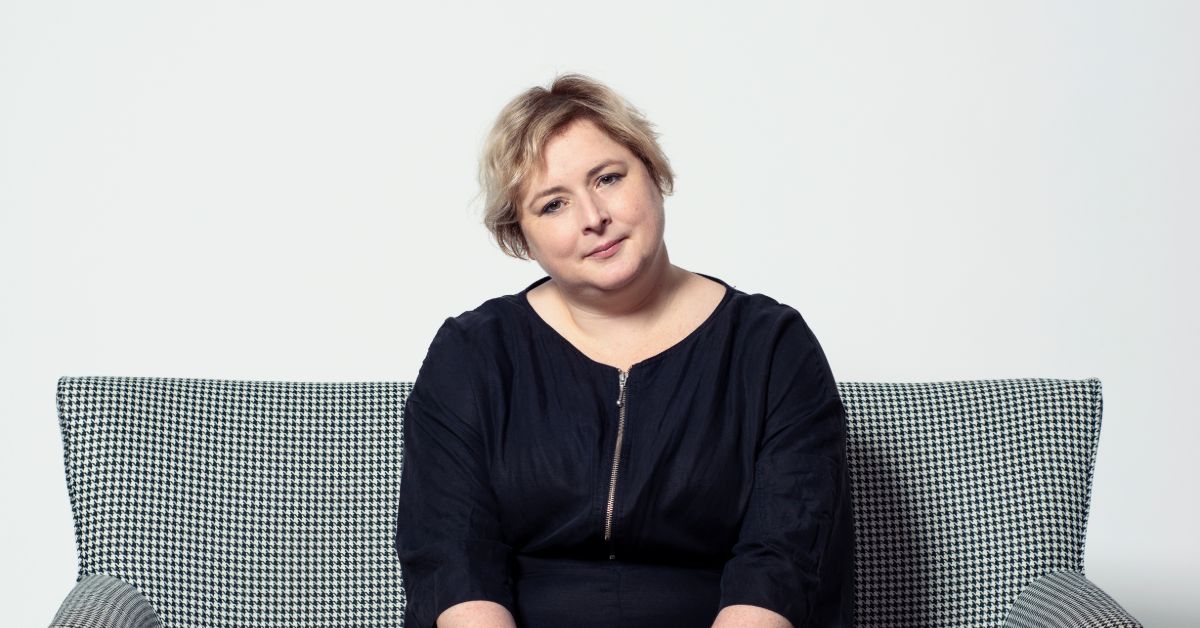 Best known for embodying the character of Sister Michael in all her unholiness, Siobhán McSweeney’s epic delivery of those well-timed one-liners and perfected irreverence have aided Derry Girls in becoming one of the most watched, universally loved sitcoms of our time.

On one particularly blustery day in February, myself and Siobhán McSweeney sat down on opposite sides of the Irish Sea for a candid conversation punctuated with laughter, moments of great insight and inklings of what it means to be a Derry Girl ahead of her Galway 2020 Wild Atlantic Women event alongside Susan McKay on March 7.

For those amongst us who aren’t familiar with the show (all three of you!), Derry Girls is a sitcom created by the impressive mind of Lisa McGee, set during The Troubles in Northern Ireland circa 1990. Female led and incredibly outlandish, the show lends a lightheartedness to a time tainted with political turmoil not too long ago, all while remaining hilarious. It’s the ordinary moments of friendship and shared experiences that make the programme what it is and the third season is in the pipeline, so you’ve got plenty of time to get yourself acquainted with all the Derry Girls.

Taking things back to the tender age of ten, something clicked within Siobhán while reciting poems at Speech and Drama down in her homeland of Cork. “We would learn off poems by rote and there was one that for some reason suddenly clicked with me. I wasn’t just saying words, I was telling a story… It felt like a secret, like I’d found some secret code in the language. That is a really palpable, tangible moment where I knew I wanted to do this.” 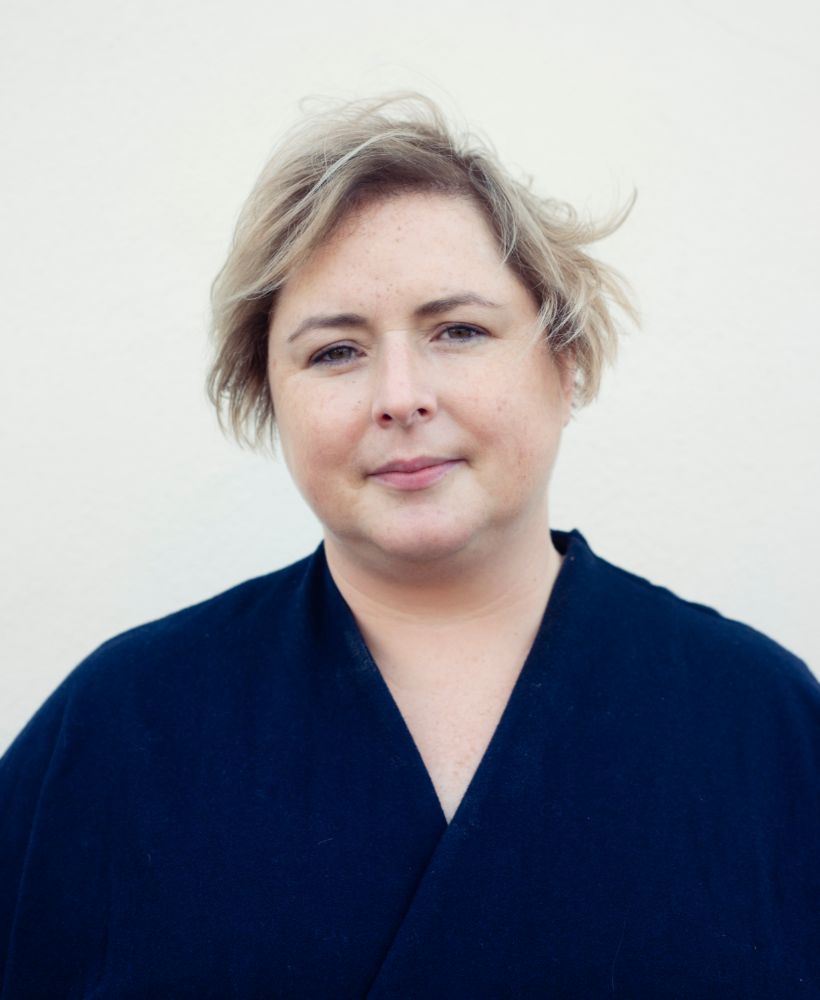 Before taking on the formidable stance of Sister Michael – the patron saint of eye rolls and acerbic wit – Siobhán cut her acting teeth on stage, and so began her love affair with performing. “Like any relationship, you fall in love with someone because of one thing and as the relationship grows you fall in love with them even more because of something else. When I first started acting, in theatre, it was the camaraderie that I loved. The idea of the team effort, the instant family you have by doing a production. I loved the excitement of doing the show.”

Throughout her stage and small screen career thus far, Siobhán has honed her very own definition of what an actress is; “a blaggard, a rascal, a chancer – somebody who’s astounded that she’s still getting away with it!”. Having spent a large portion of her life feeling that the glamorous world of acting lay just beyond her reach, Siobhán has found herself at the very crux of it. With Derry Girls quickly taking on the same amount of acclaim as the likes of Fr Ted and becoming immortalised through murals – people all around the world are getting a glimpse into life as a ‘90s Northern lass.

“It’s a testament to the power of not only good television, but of all good art and Lisa has written good art. People are responding to it and unfolding themselves into it and putting themselves within the narrative. I think that’s for a myriad of reasons, not least of which being the fact that the trauma of the north has never been dealt with. It’s never been expressed in a manner that felt properly recognisable. There’s so much healing in comedy. When you laugh, it’s physiologically and mentally curative. I feel very honoured to be part of it.”

For someone so vivacious, so filled with mirth and divilment, Siobhán McSweeney has already experienced more than her fair share of grief. While studying Drama in London, her mother sadly passed away followed by her “lovely, difficult, infuriating, witty” father about fifteen years later. With an acting career that began beneath a veil of sadness, Siobhán has maintained her levity and humour, finding solace in the curative powers of comedy. “I think when you’ve experienced grief and loss, what happens more often than not is that people get up, they make tea, they listen to music, they try to laugh, they try to dance again. They grasp life as much as they can and to find things funny again – you don’t belittle something by finding it funny. It doesn’t make it any less important.”

“Humour is incredibly powerful and even when we look at great comic performances and great comedians, the cliché is that you usually have the grief underneath it all and I think what you have is pure humanity. Tragedy is an artificial, inhumane construct. Comedy is really human, intellectual and very difficult. Humour is how you express your humanity.” 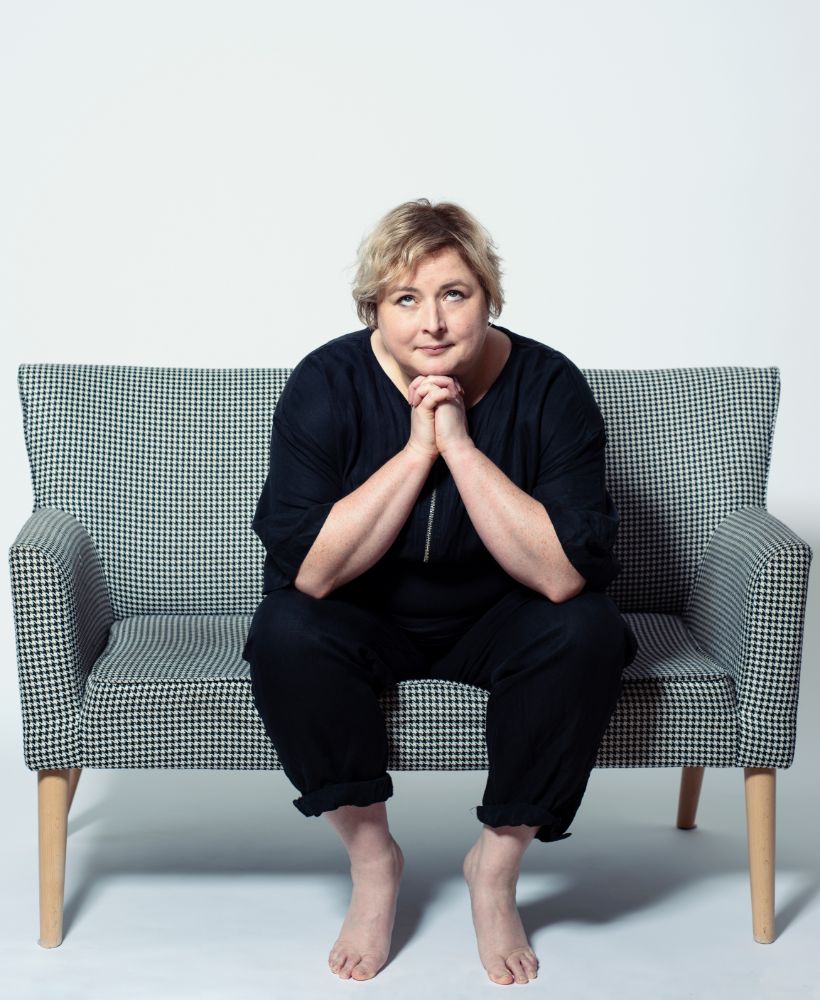 The passing of Siobhán’s father came during filming for season two of Derry Girls and the restorative kindness of her co-stars was beautifully expressed through the words of her Actor’s Diary, which she penned for the recent Winter Papers anthology. After making the five hour pilgrimage from one end of the country to the other just days after the funeral, Siobhán landed back in a rainy Belfast with the stuffing knocked out of her. “I knew the flat would be dark and I couldn’t figure out the heating and then I thought ‘oh feck it I don’t even have milk’.” Once she passed over the threshold, Siobhán was greeted by a warm virtual hug. “The girls – which encompasses the lovely Dylan Llewellyn – had come in and they had filled the fridge, laid out fluffy socks and slippers and a mug to drink loads of tea and wine. They just got it right. It’s a great gang and I include the crew in that. Big lovely faces with kind eyes.”

Not only has Derry Girls created a tightly-knit group of friends, it has also equipped Siobhán with a platform through which she can express her pre-existing political activism. Having lent her voice to the disenfranchised in a number of ways, the actress has fought for abortion rights and has been a mouthpiece for the North’s neglect. “I feel a great sense of obligation as I have an immense amount of privilege and I’ve been given a great education. It has happened that incidentally my platform has become much larger but I would always be saying things like this, it’s just that now people will possibly listen to me.” Siobhán takes comfort in the sense of solidarity and camaraderie she offers to the people working tirelessly and quietly behind the scenes.
“The only way I can justify people being interested in what I say, is making sure that I have something interesting to say.”

And I can guarantee, this woman has an abundance of interesting, thought-provoking things to say. If you’ve been lucky enough to secure yourself a ticket to her sold-out Galway 2020 Wild Atlantic Women event on Saturday, March 7, you’re in for a treat. Award-winning journalist, author and ‘always a Derry Girl’ Susan McKay will lead a winding conversation with Siobhán as they transverse through eye-rolling nuns, the state of the North and a good dose of tongue in cheekery. “When I saw it was sold out, for me that’s not a compliment – I don’t take that personally. What I take is that, like with Repeal and Marriage Equality, it feels celebratory, it feels very positive and communal rather than lifting up one person over the next. It feels very joyful and communal and familial and I’m really interested in that. I’m deeply looking forward to being in a room and having the craic and experiencing that joy – it will be a wonderful way to celebrate International Women’s Day.” 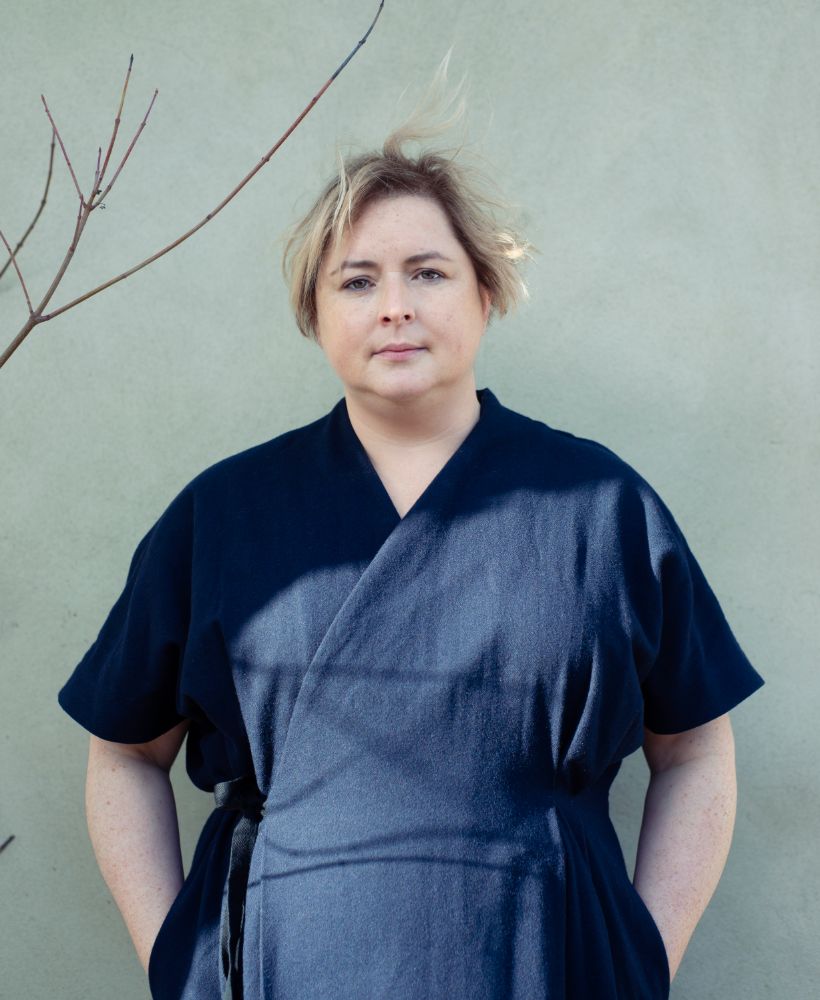 While speaking about International Women’s Day and what it means to be a successful woman in all aspects of her life, Siobhán boils down power and success to the importance of freedom and autonomy. “What I would define as a success in my life is autonomy. There’s the obvious connotations with Repeal, but there’s also the autonomy in acting to portray with authenticity the lives of women who I know exist and to be able to play them without any compromise. I think success is a lack of unfair compromise.”

With Storm Ciara blowing between us, Siobhán McSweeney provides a compelling glimpse into the life of an actress, activist and Derry Girl, all from her perch in windy West London. A divil in nun’s clothing, Siobhán McSweeney is a force to be reckoned with both on and off set, with a strong voice that ought to be listened to. Unassuming, sincere and full of banter, Siobhán is equipped with an understanding of the world that is at once insightful and inspiring and, believe me, when Siobhán McSweeney is laughing, it’s next to impossible not to join her.