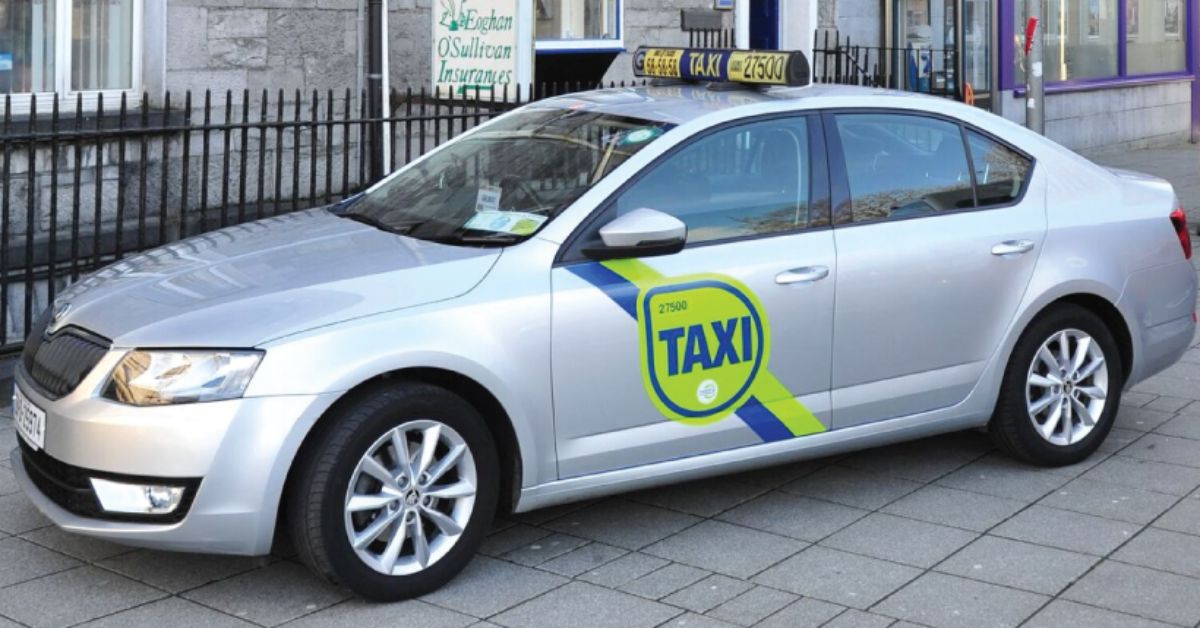 Following a record number of entries, 16 finalists, five categories and two rounds of judging, Big O Taxis, Galway and the west of Ireland’s largest taxi company with 150 taxis, was announced by Jack Chambers TD, Government Chief Whip and Minister of State for Sport and the Gaeltacht as the overall winner of Gradam Sheosaimh Uí Ógartaigh for 2021 at a special awards Ceremony in the g Hotel.

Gradam Sheosaimh Uí Ógartaigh, Galway’s own bilingual business award, recognises and celebrates companies and organisations that use the Irish language in their day-to-day business in Ireland’s Bilingual City. Big O Taxis has been the Galway Taxi of choice in Galway City and the surrounding Galway areas for over 50 years. Starting from only a few taxis cabs in 1968 to now having the largest taxi fleet in Galway. They offer a complete taxi service providing it’s valued customers 24 – 7 service every day of the year – including Christmas Day and New Year’s Eve. 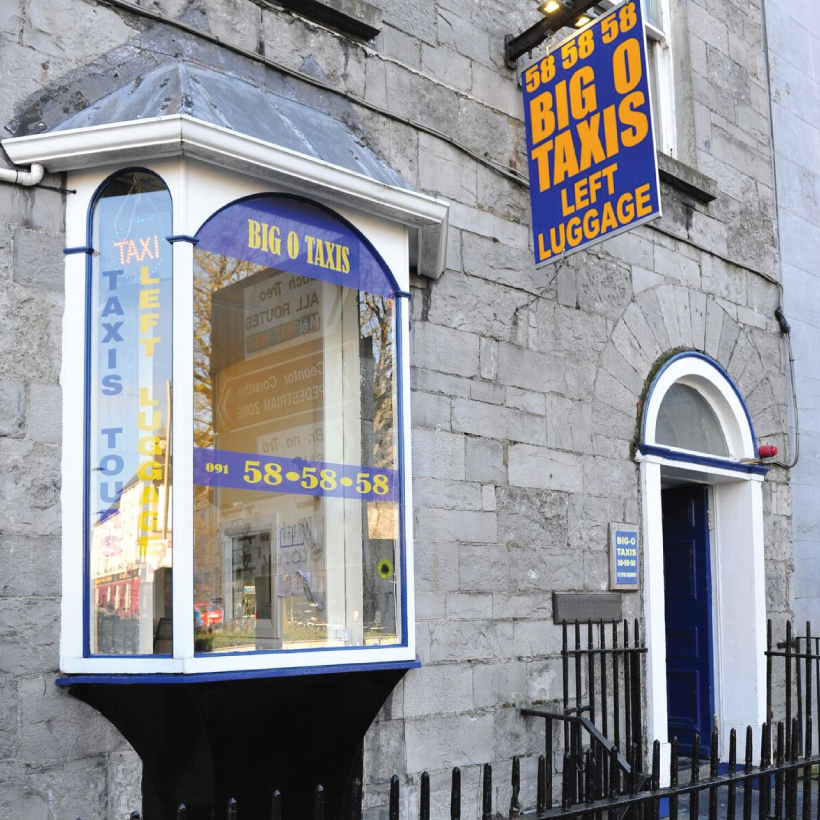 Seán Ó Méalóid of Big O Taxis was absolutely delighted on receiving the news and said: “Táimid go léir i Big O Taxis fíorshásta as a bheith ainmnithe mar bhuaiteoir foriomlán de Ghradam Sheosaimh Uí Ógartaigh 2021. Táimid an-bhródúil as an méid atá déanta againn ó thosaigh muid amach leis an nGradam ceithre bliana ó shin.
-
We are very proud of Galway’s status as a bilingual city, and we’re dedicated to supporting the Irish language and are undertaking to bring more Irish into the day to day running of our company. We use the Irish language in signage, stationery, on our greeting cards, on our business cards and in advertising. We also provide a discount to drivers to encourage them to use ‘Tascaí’ on their decal signs.

We also have developed an App to let our customers know that their driver can provide a service in Irish. We have a number of drivers who are delighted to provide a ‘Seirbhís trí Ghaeilge’ and this is evident from the moment you contact our office or sit into their cars. Big O Taxis are on the front-line, servicing visitors to Galway, and we feel it is our responsibility to promote our heritage to the best of our ability. Going forward, wherever we see an opportunity to showcase the Irish language we will do so with pride, passion and purpose.”

The Gradam is the longest running award of its kind in Ireland, organised by Gaillimh le Gaeilge, in partnership with the Galway Advertiser and with support from TG4 and the Galway Chamber. After a year and a half of disruption and uncertainty, Gaillimh le Gaeilge were delighted to host an in-person award ceremony to celebrate the achievements of the Galway businesses and organisations who are proud to play their part in bilingual Galway.

Big O Taxis were announced as the winner of the ‘Services Category, sponsored by Video Sherpa and went onto scoop the overall award. 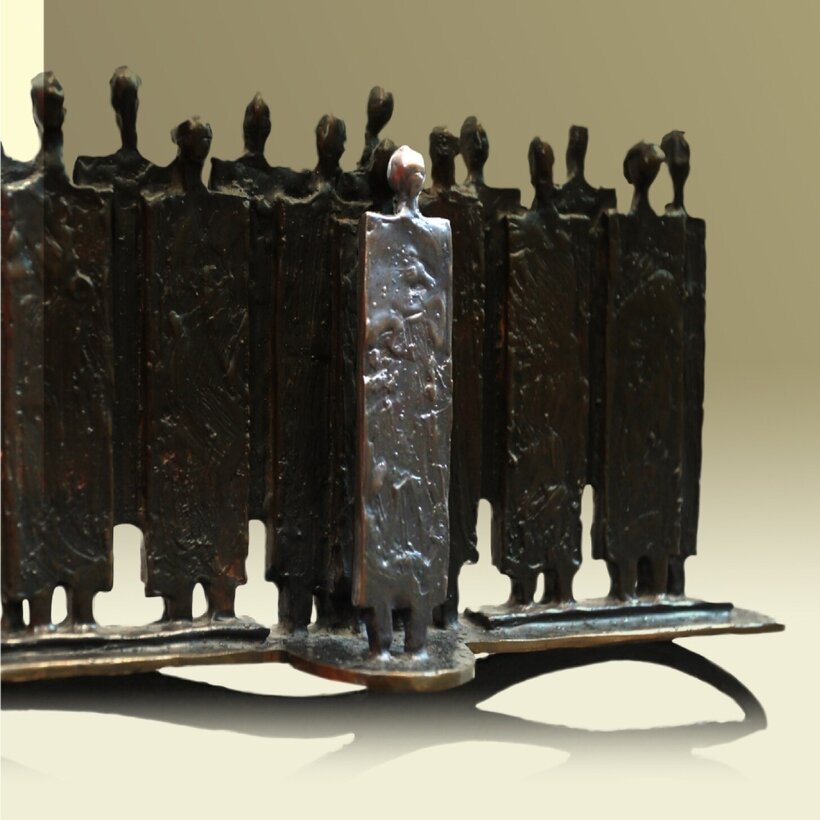 It is a recognition of companies and organizations that are promoting the Irish language on a daily basis in their business and are giving people the opportunity to use and speak it. I always welcome the provision of a ‘Service in Irish’ for customers and those who wish to conduct their business through the medium of Irish.”

They are very proud to do their part to highlight Galway’s status as an official bilingual city. With Galway city acting as the gateway to an Ghaeltacht, we have no doubt that the business sector can use this to its advantage.

We were very encouraged after speaking to everyone and pleased that they recognized the values of Gaillimh le Gaeilge's work. We are also proud to see the number of Irish speakers among the businesses that applied for the Gradam this year.

We truly commend everyone who took part, for their dedication and commitment to the Gradam over the last number of months, and sincerely congratulate all the winners!”

Cathaoirleach Ghaillimh le Gaeilge, Bernadette Mullarkey extended her congratulations to all of the winners: “In ainneoin na ndeacrachtaí a bhí roimh ghnólachtaí agus roimh eagraíochtaí, ba iontach an spreagadh agus an dúthracht a léirigh ainmnithe an Ghradaim sna míonna seo a d’imigh tharainn. All the Gradam nominees have done an excellent job which is vital to further maintain and strengthen Galway 's official bilingual status.

In respect of the high standard of entries this year Bronnadh Speisialta na Moltóirí, a special award designed to acknowledge a business who has entered the Gradam for the first time and has achieved a very high standard which could not go unrecognised. Bronnadh Speisialta na Moltóirí, sponsored by Judy Greene Pottery was presented to two businesses this year: Murphy and Me and Irish Socksciety. 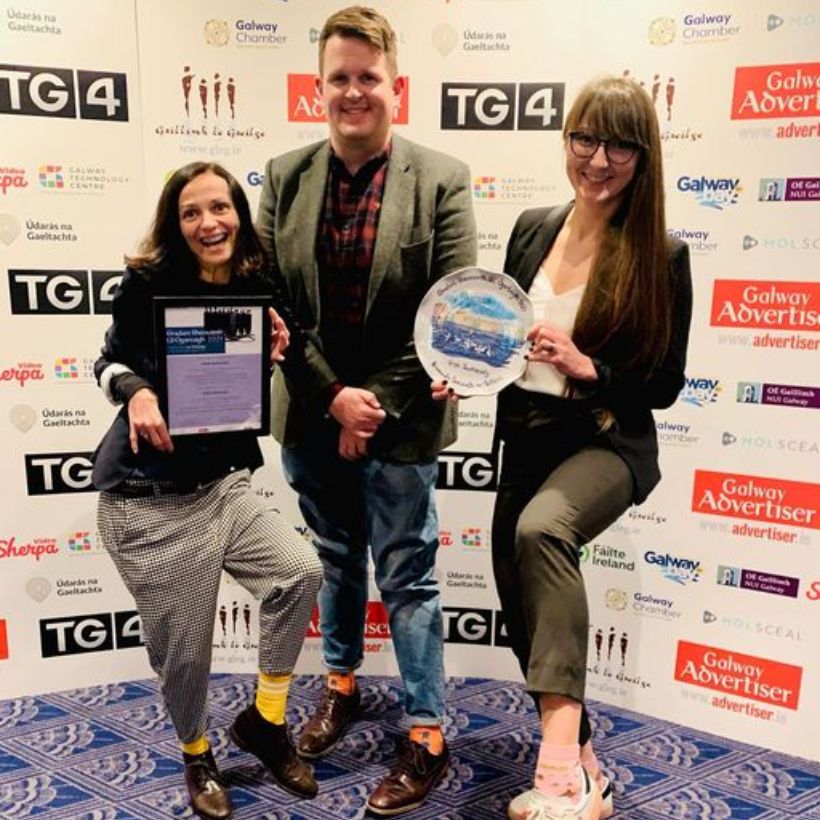 The Moltóirí also bestowed a University Scholarship sponsored by Acadamh na hOllscolaíochta Gaeilge, Ollscoil na hÉireann, Gaillimh on a business that is making a special effort to promote and use the Irish language with their customers. The two-year scholarship on the language acquisition course, ‘An Dioplóma sa Ghaeilge’, a university qualification from NUI Galway was presented to Linda Lambert of GoBus.ie.

The Gradam category winners all received a business package to the value of €2,000 from their respective category sponsor as well as a replica of Gradam Sheosaimh Uí Ógartaigh sponsored by Údarás na Gaeltachta. Big O Taxis will receive an advertising package from the main media sponsor of the Gradam, the Galway Advertiser. They will also receive a publicity package with TG4 and one year’s membership of Galway Chamber and Gaillimh le Gaeilge. 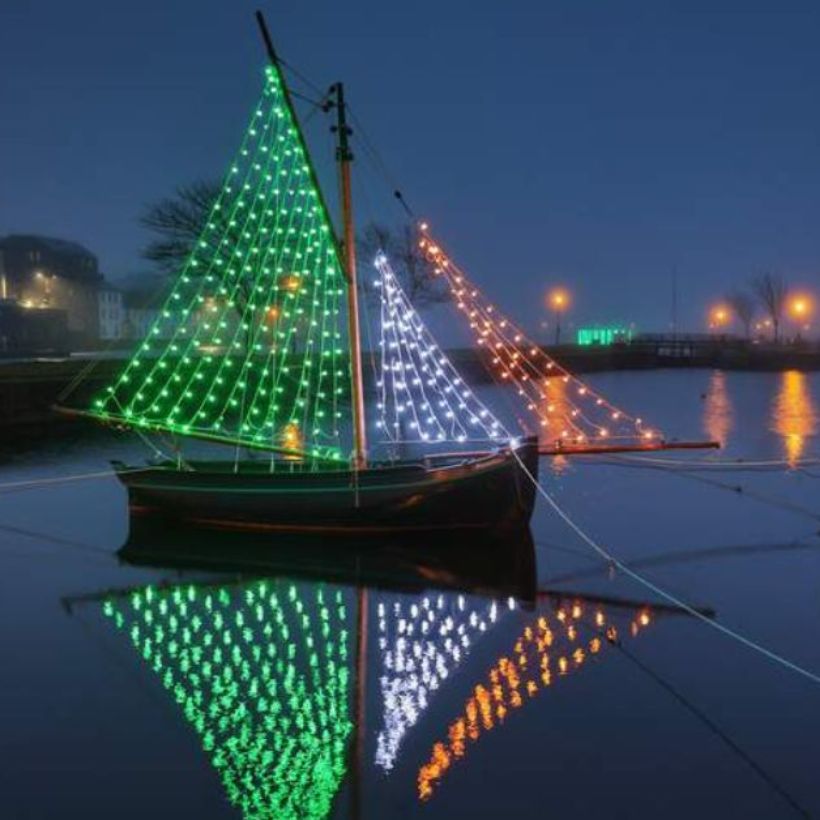 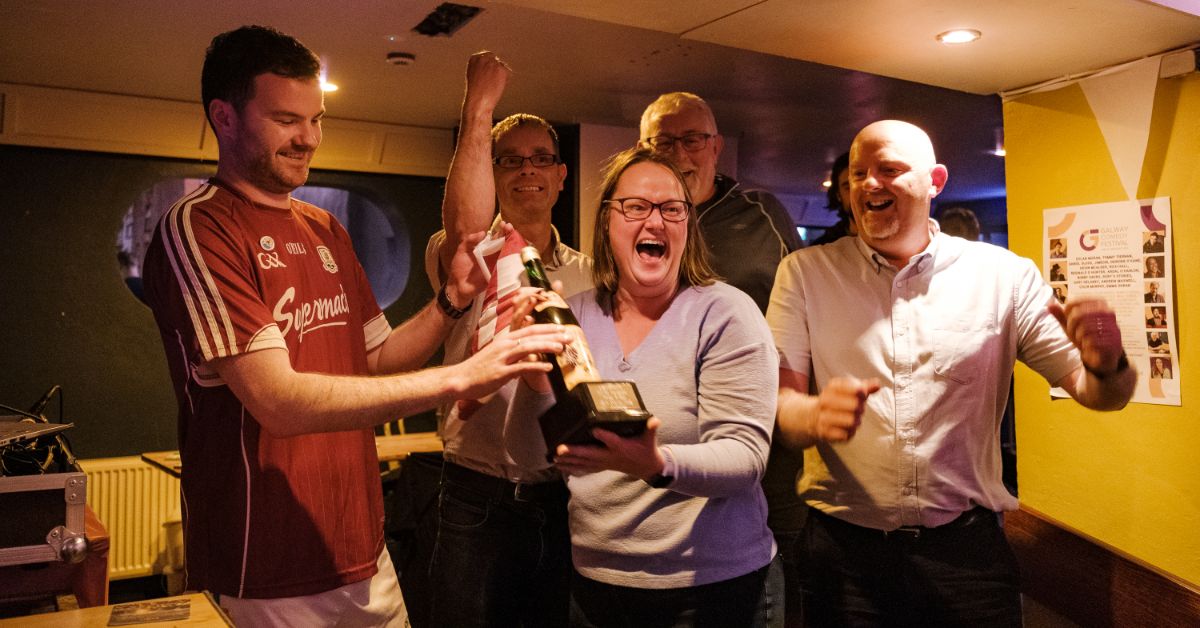 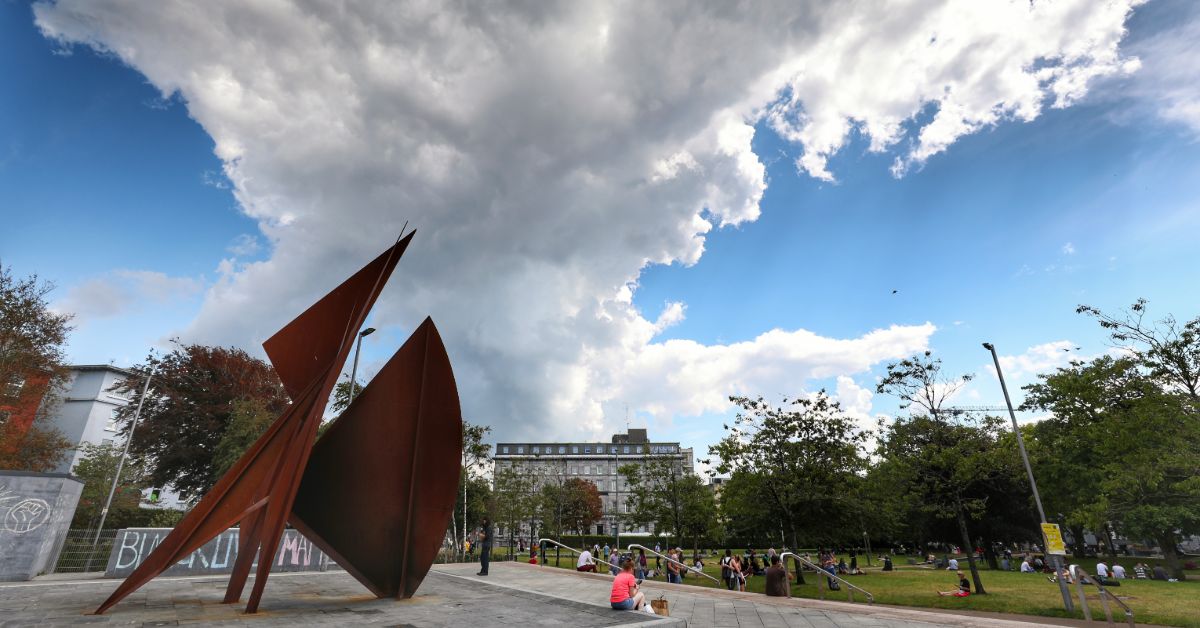 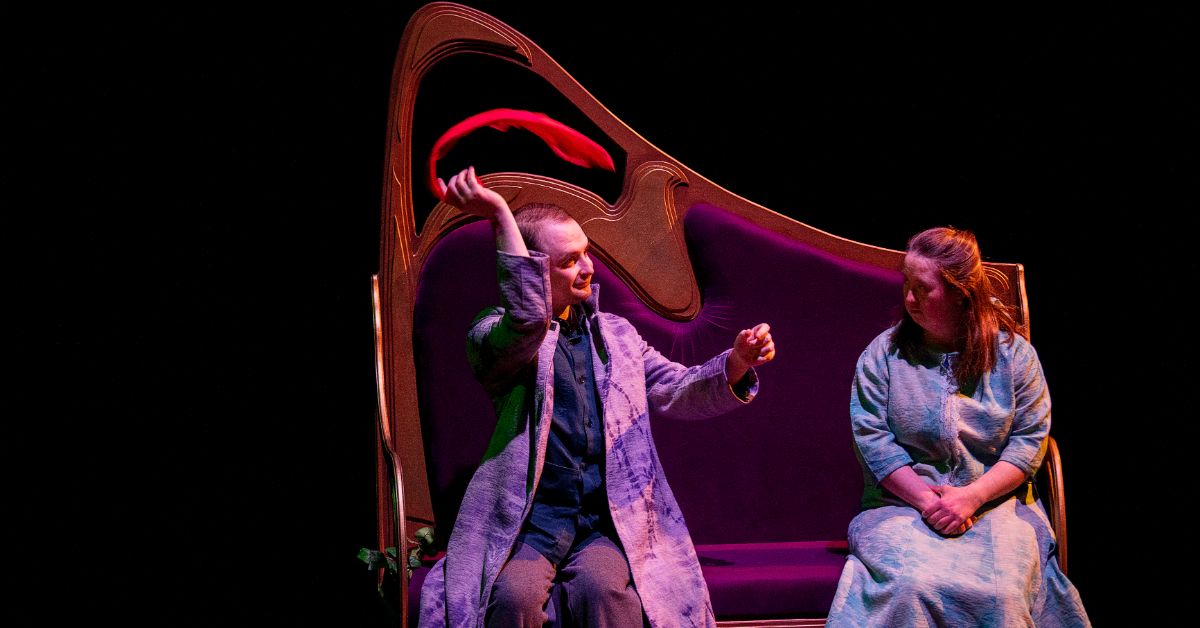 Our Review of Into the Dark Woods 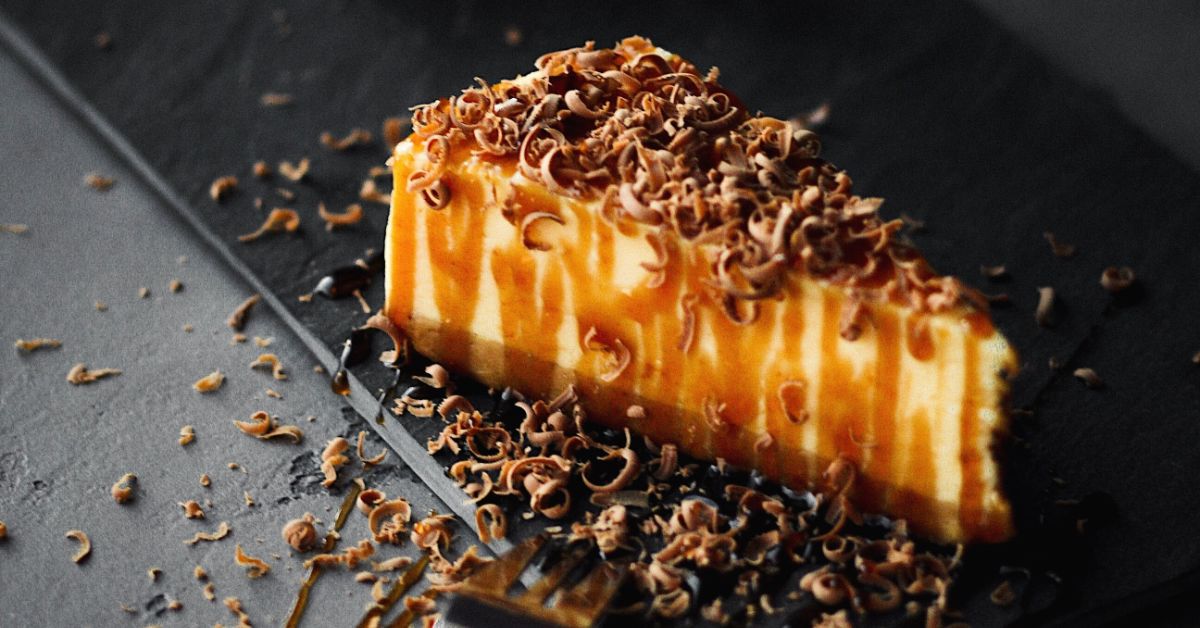 Get Your Just Dessert: The Best Dessert Menus in Galway 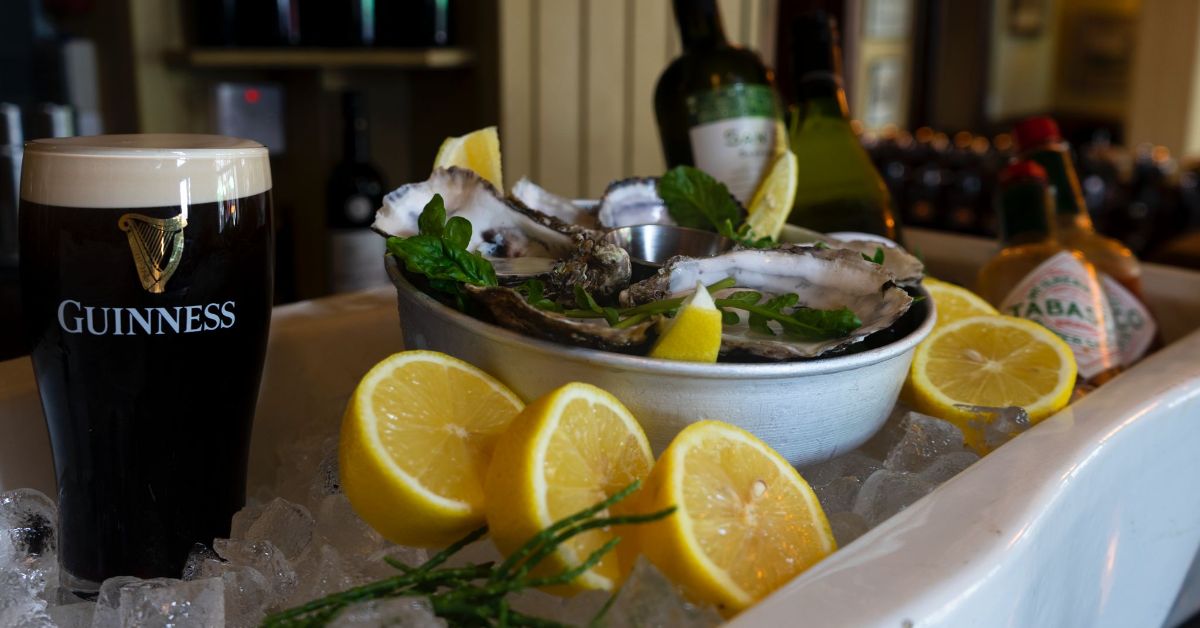 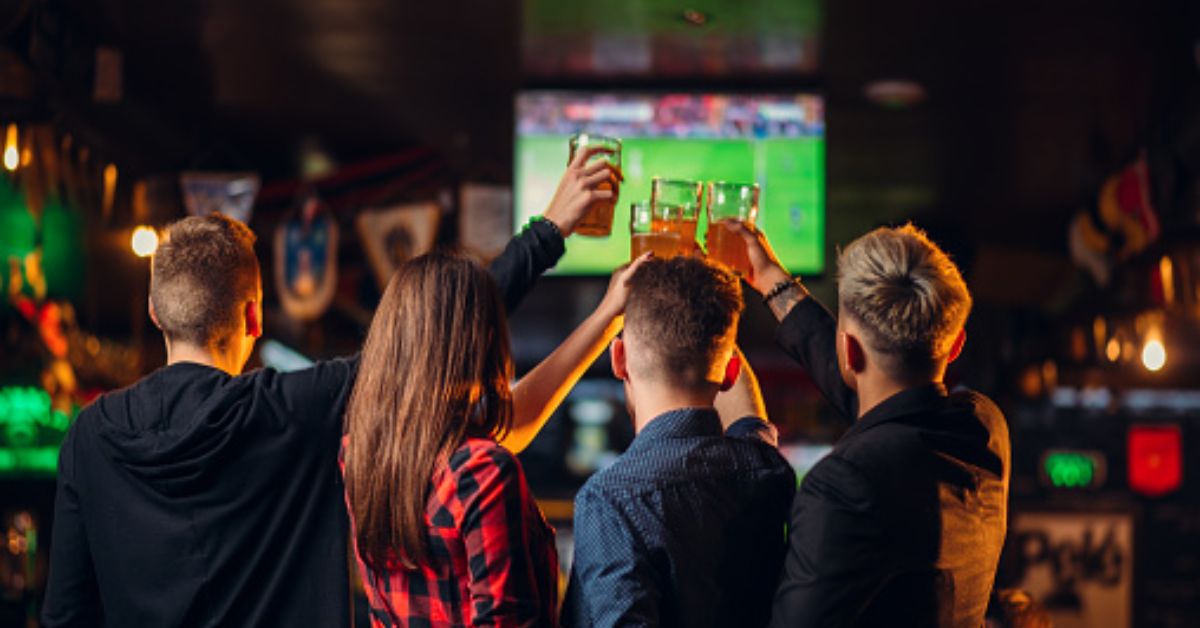 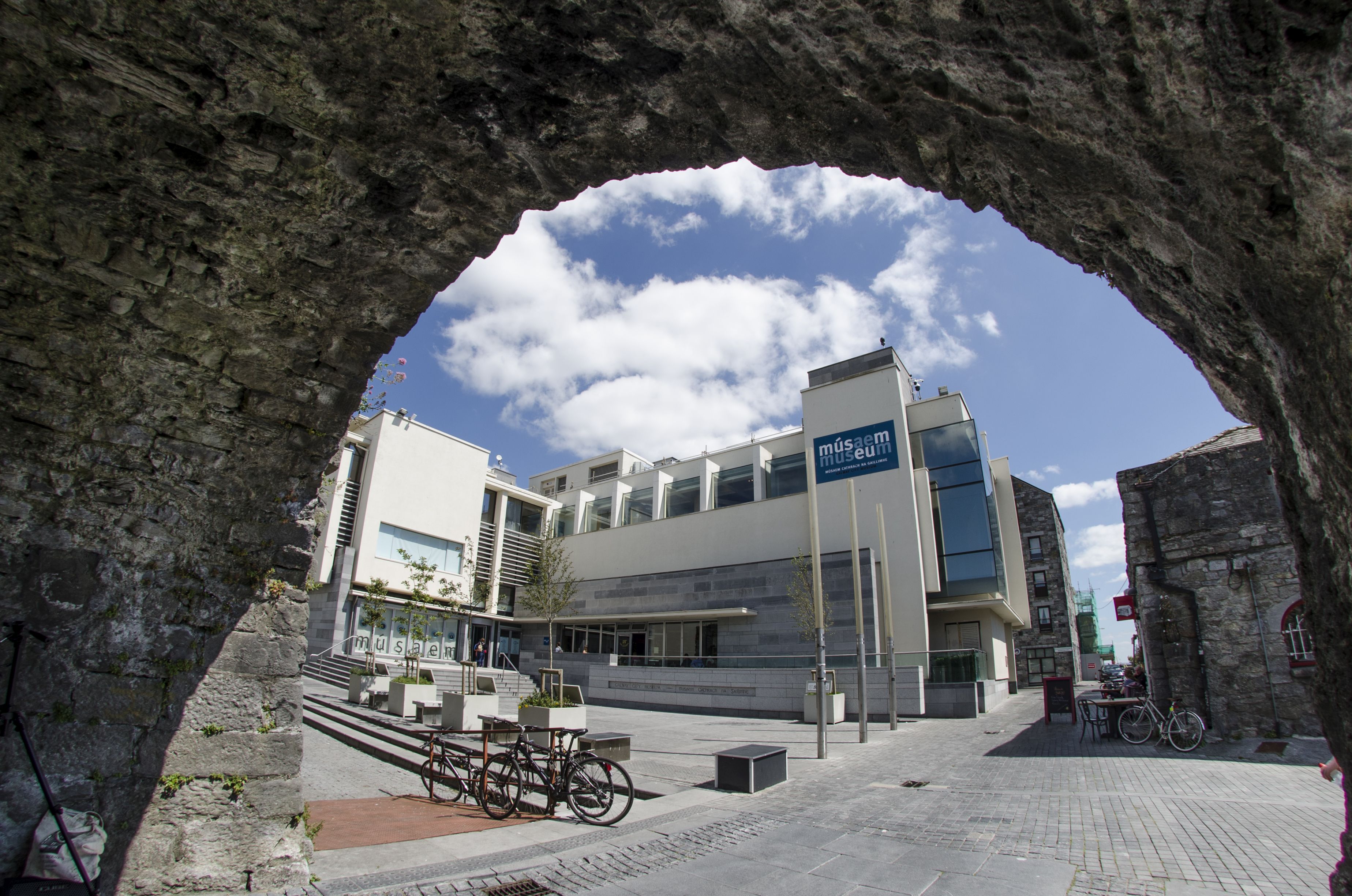