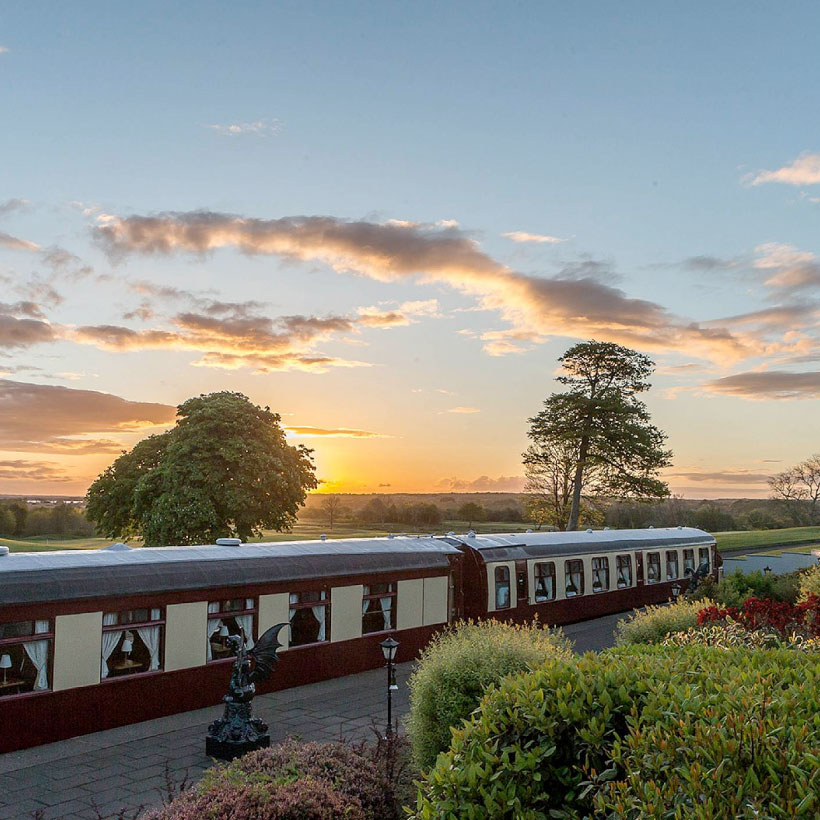 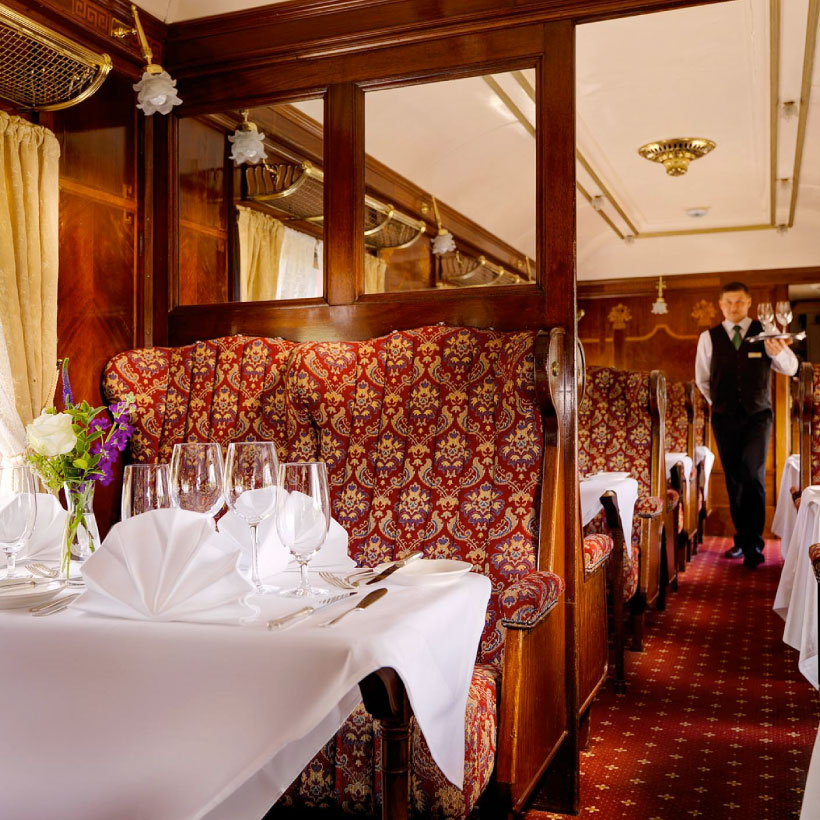 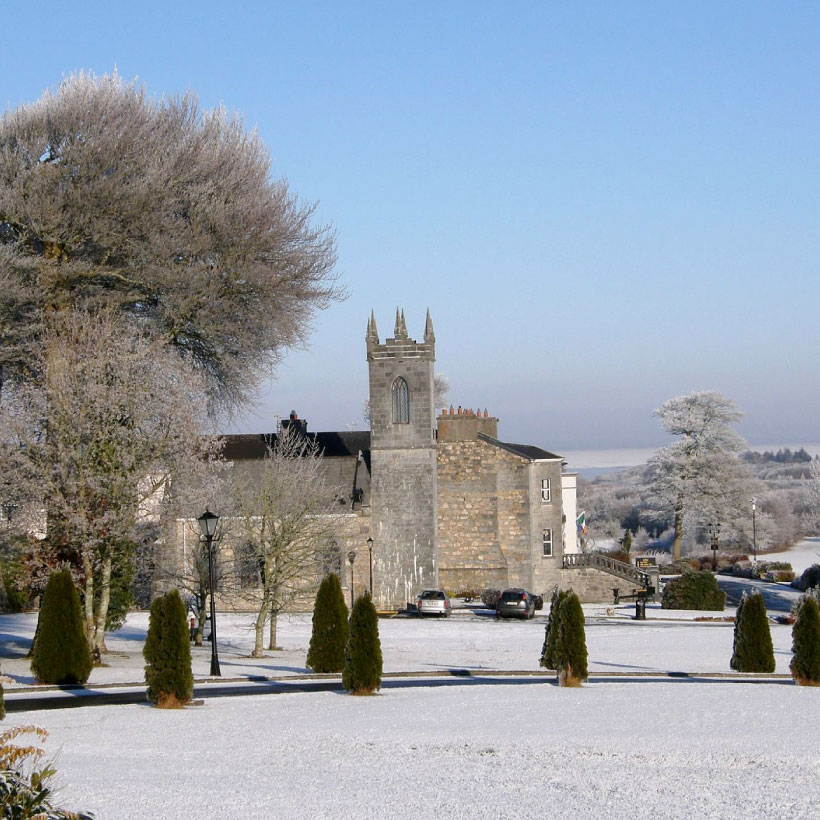 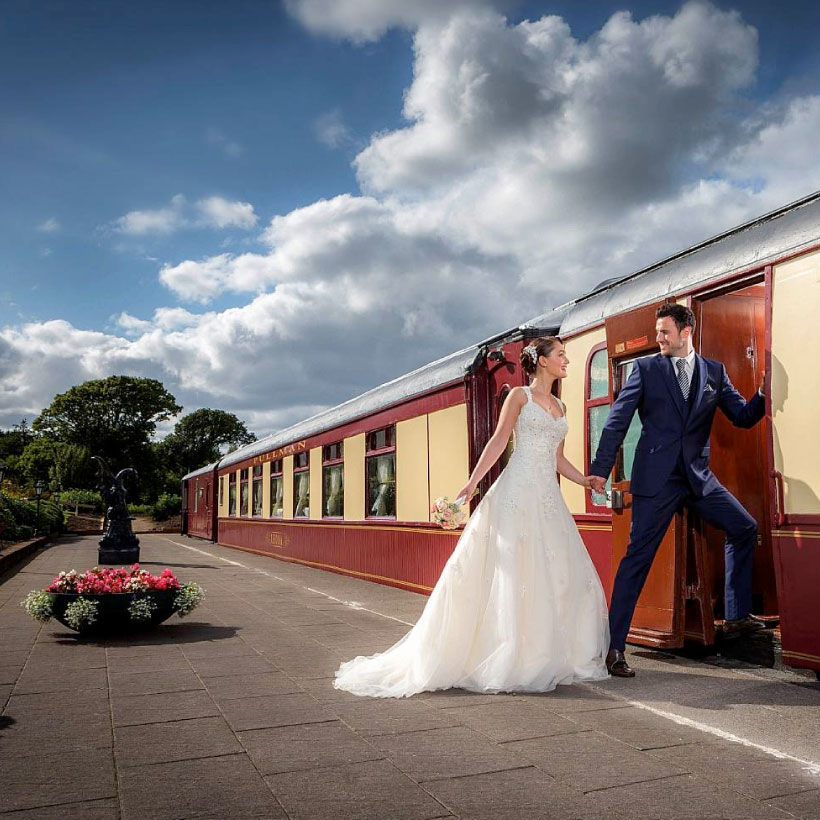 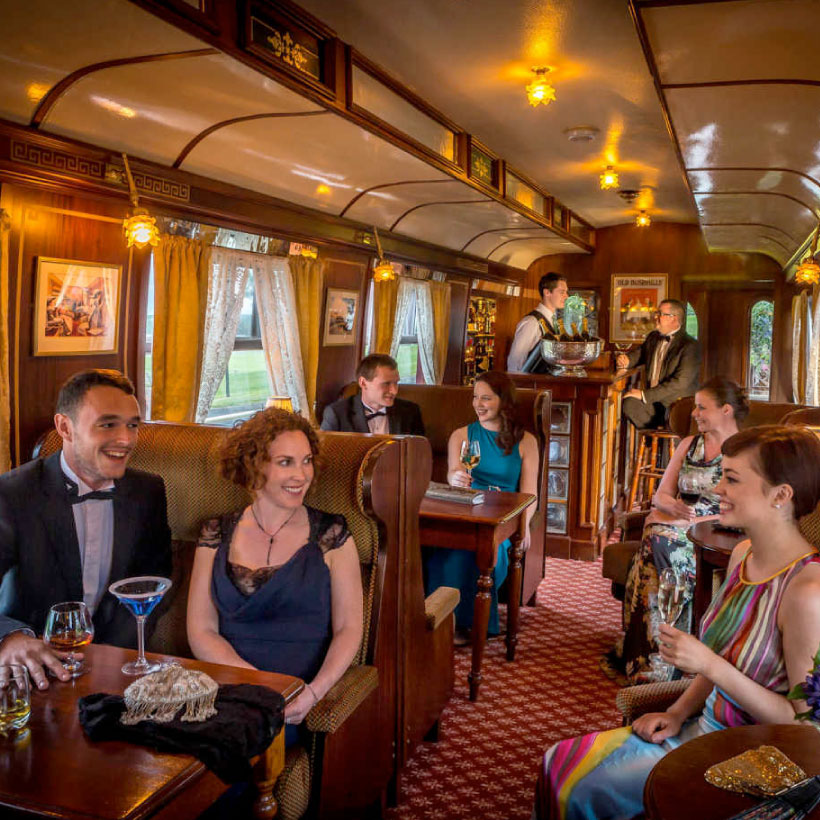 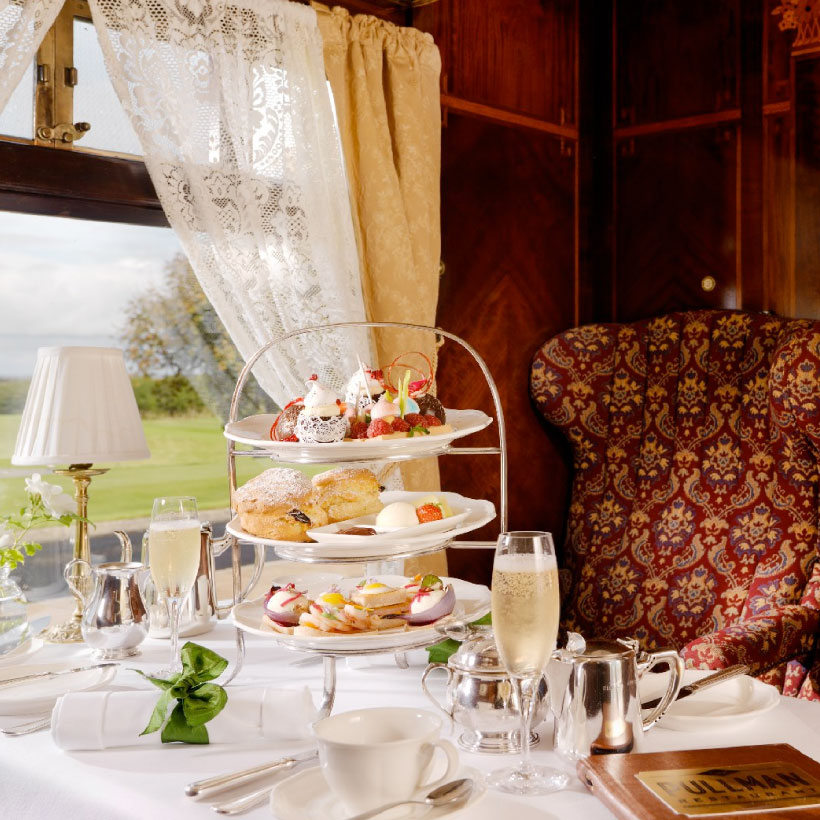 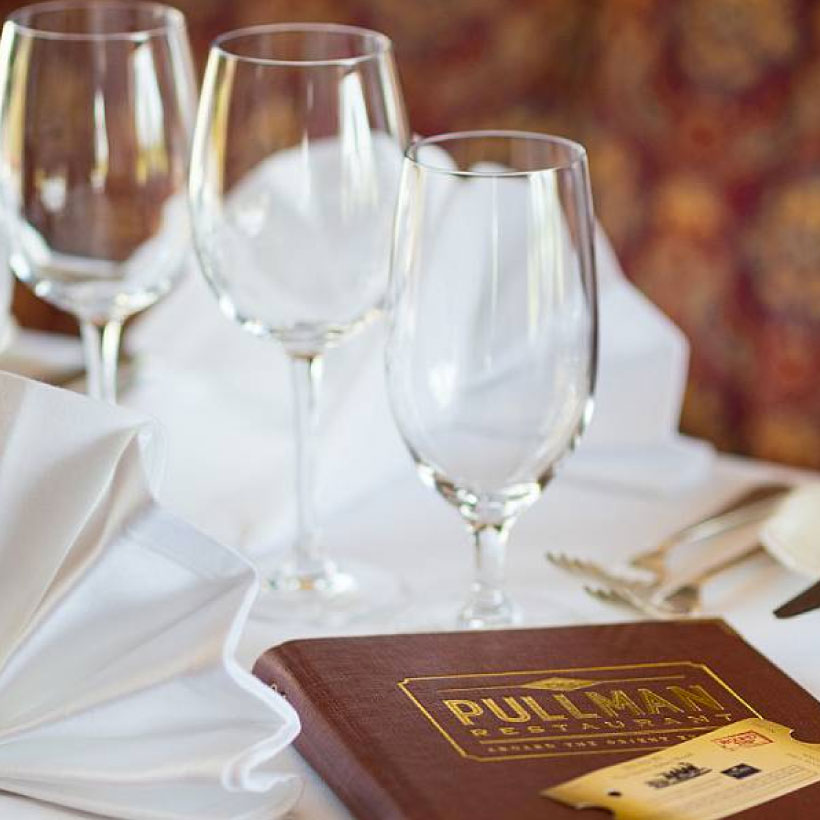 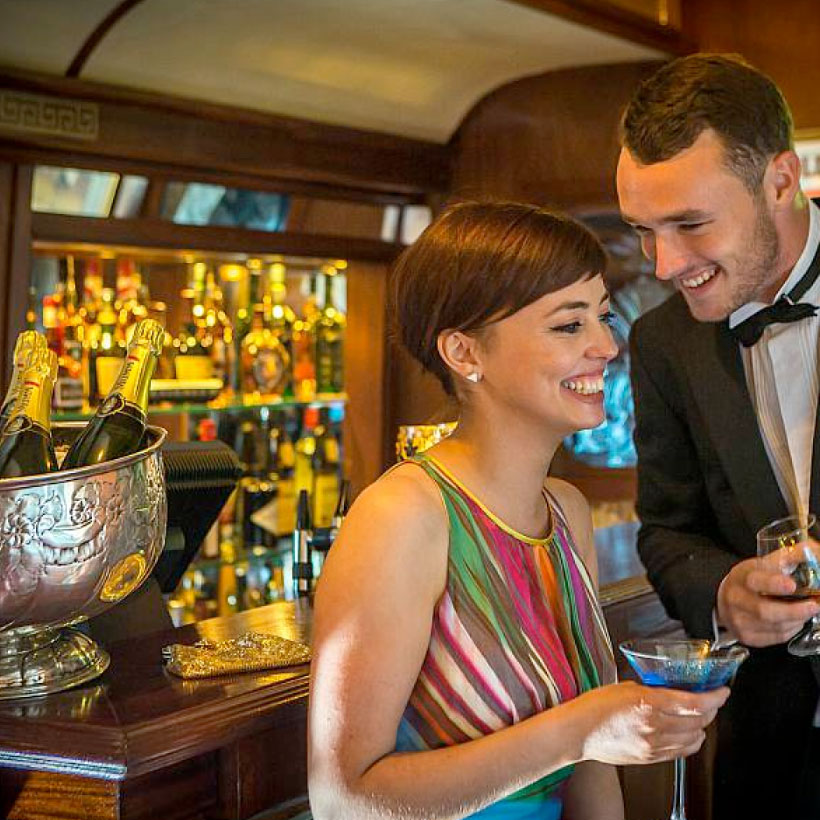 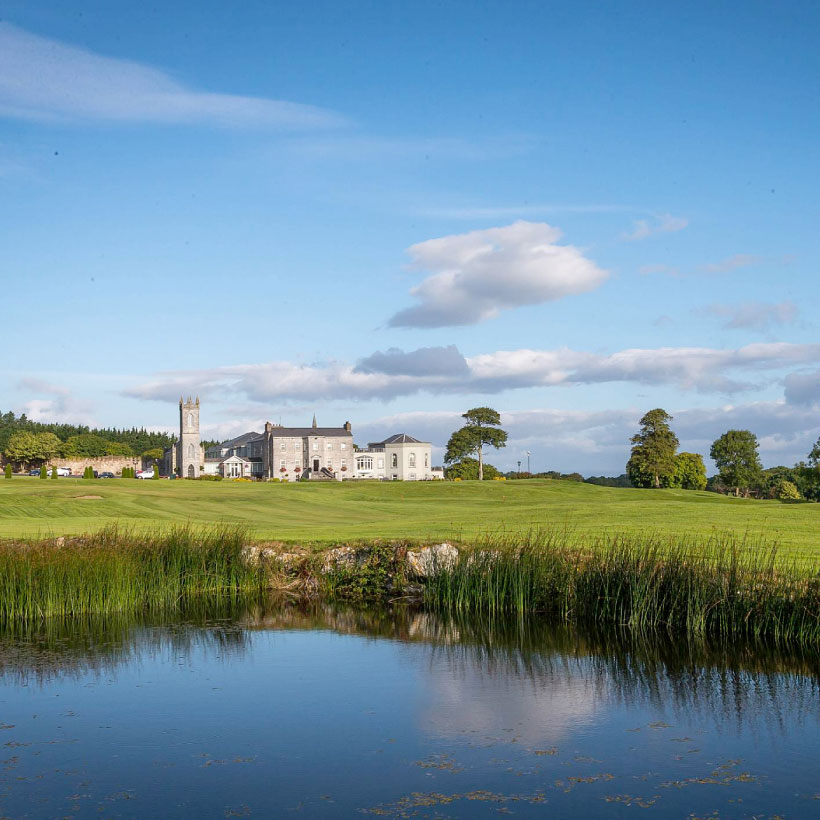 Step back in time and dine aboard the Pullman Restaurant. Comprising of two original Pullman carriages, beautifully restored and set on the grounds of the hotel. Having recently been awarded the prestigious second AA rosette and Irelands Best Fine-Dine Restaurant at the Gold Medal Awards, the Pullman Restaurant is certainly a dining experience like no other.

History of the Pullman Restaurant

Converted into a wonderful Restaurant Car without losing any of its original character, this historic Pullman train carriage had been residing at Elsenham Station in Hertfordshire, England, before its journey to Glenlo Abbey Hotel Galway.
Located on the grounds of Glenlo Abbey Hotel it overlooks the old Clifden – Galway Railway Line which passed through the estate until its removal in 1935.
The Pullman has experienced a very varied life. Built in 1927, its routes included the Monaco/Istanbul/St. Petersburg runs, and also the Brighton run. This latter brought theatrical personages from Brighton to London, when they were starring in London’s West End. One of these celebrated people was Sir Laurence Olivier, who was very fond of the Pullman and was, in fact, an outspoken objector, when a decision was made to remove all Pullman Carriages from the line in 1963.

This is not the Pullman’s only claim to fame, however. In 1974, it played a starring role in the Agatha Christie film “Murder on the Orient Express”. That never to be forgotten movie, directed by Sidney Lumet, featured a host of Greats, including Albert Finney, Ingrid Bergman, Sean Connery, Vanessa Redgrave, Lauren Bacall and others.

Another interesting part of the Pullman’s life occurred during World War II, when it was used by Sir Winston Churchill and his family. Its final run was on January 30, 1965, when it carried Sir Winston’s remains and his funeral cortége back to the Village of Bladon, close to his ancestral home, Blenheim Palace, where he is buried. 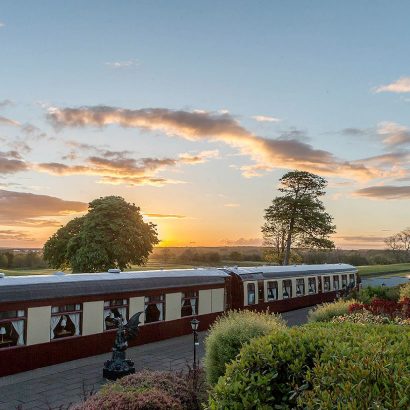 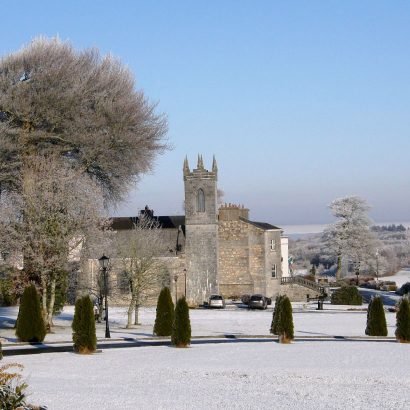 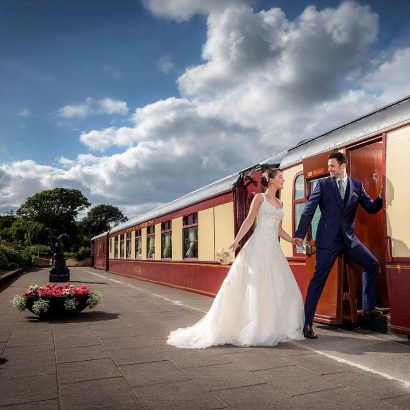 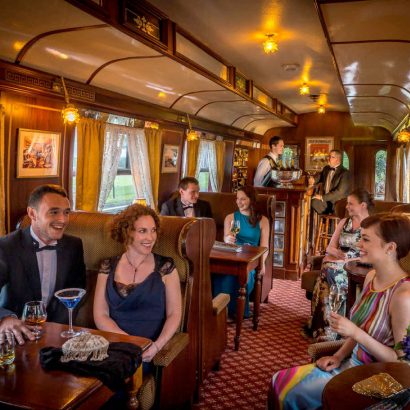 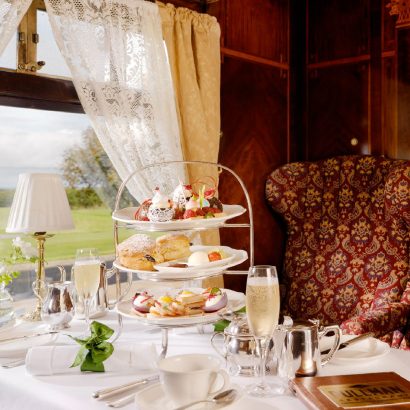 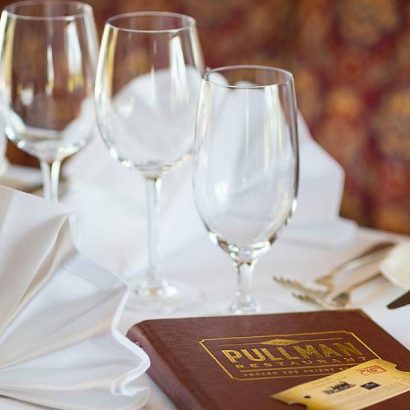 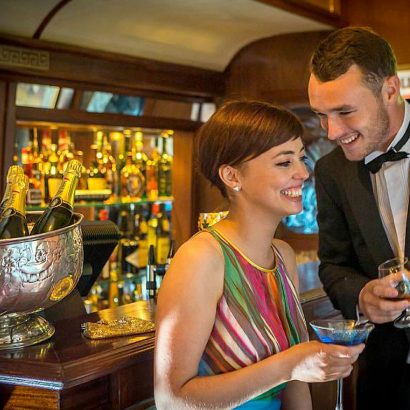 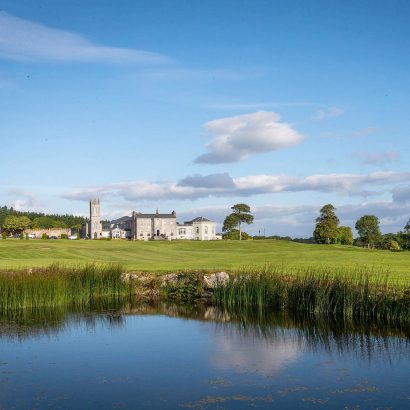 Tartare Café & Wine Bar
This cosy café in Galway's Westend is the perfect place for people-watching, soup and sandwiches by day, and wine and cheese by night! Call in for ...
Gerona Deli & Café
This pretty little café and deli is led by a love and respect for the environment. All the food prepared by Gerona chefs are served in 100% compostabl...
Busker Brownes Gastropub
One venue, three bars, four hundred years of history... Busker’s is a versatile place with great food and a range of live music in an ambient space. ...