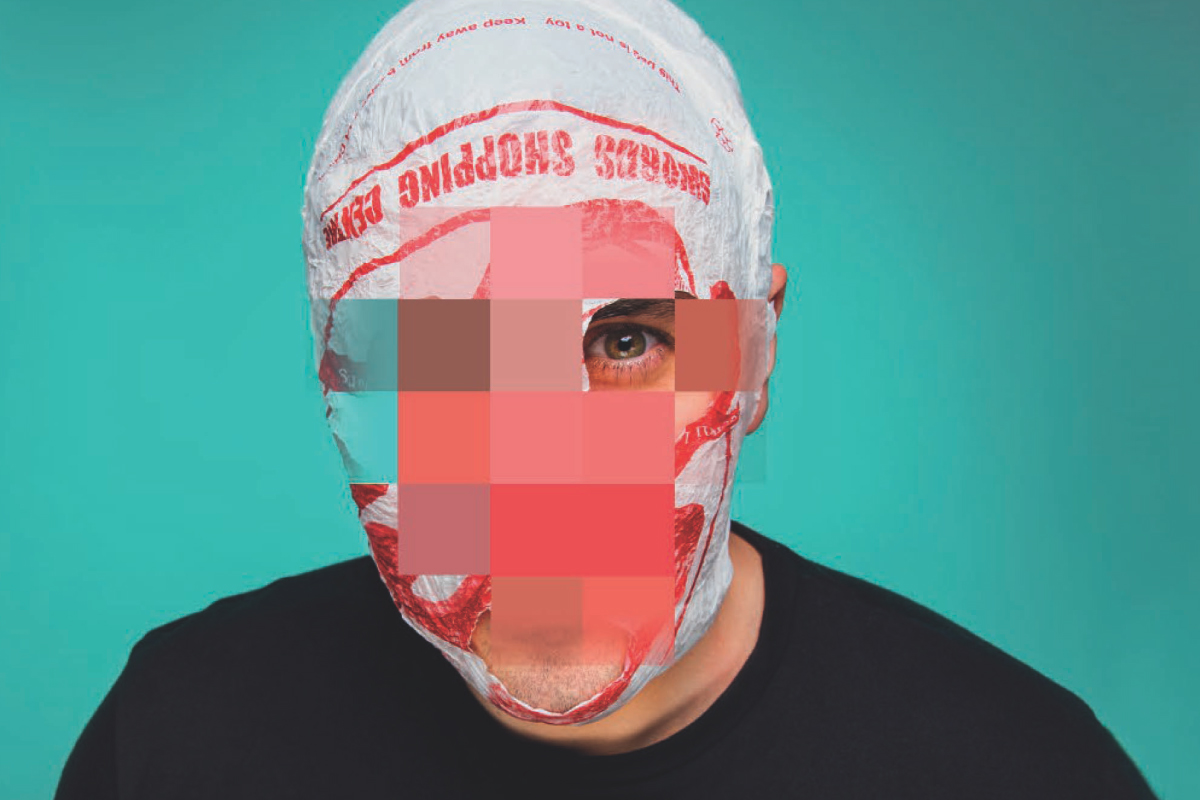 At this point in time, I’m confident that there isn’t a podcast-listening person on the island of Ireland who hasn’t heard of Blindboy.

That familiar Limerick drawl provides us with hours of thought-provoking social commentary each week through The Blindboy Podcast and I, for one, have knocked hours of intrigue out of both his bestseller and newly released book of short stories. Absorbing, ardent, enlightened and informed, the plastic bag clad head of Blindboy Boatclub has emerged as one of the most influential of our time.

Rising to notoriety just about ten years ago as one half of The Rubberbandits, I’ve spent a large part of the past decade as a huge fan. A mind which regularly touches on the topics of mental health, homelessness and climate action, we had to track him down to pick that massive brain ahead of his live show in Town Hall Theatre on January 22. From our cultural footprint to collective activism, there wasn’t a question posed that Blindboy didn’t deeply consider.

In order to become Ireland’s foremost satirist, Blindboy had to shake off the confines of the persona he had created with Horse Outside. “A song like that follows you around. It can make it difficult for people to perceive you as anything other than that piece of work. Specifically because it’s a song that uses comedy. When comedy and music are used together, critics will quite unfairly refer to it as ‘novelty’. Once you have a novelty label stuck on you, it’s difficult to shake it off. Everything after Horse Outside was an attempt to lose fans from Horse Outside, and to try and challenge that with new work. I wouldn’t advise anyone to pursue music that uses comedy if you want longevity in your career”.

Deciding early on in his career that it was better to stay concealed by that plastic shopping bag, it looks like he won’t be taking it off any time soon; “I’ve no interest in being recognisable on the street. I’m a Z-list Irish celebrity, it’s cringey as fuck. I’d hate to be recognised”. The layer of anonymity with which Blindboy has surrounded himself has allowed him to live his dream to the fullest, which is to create art and manage to make a living from it. 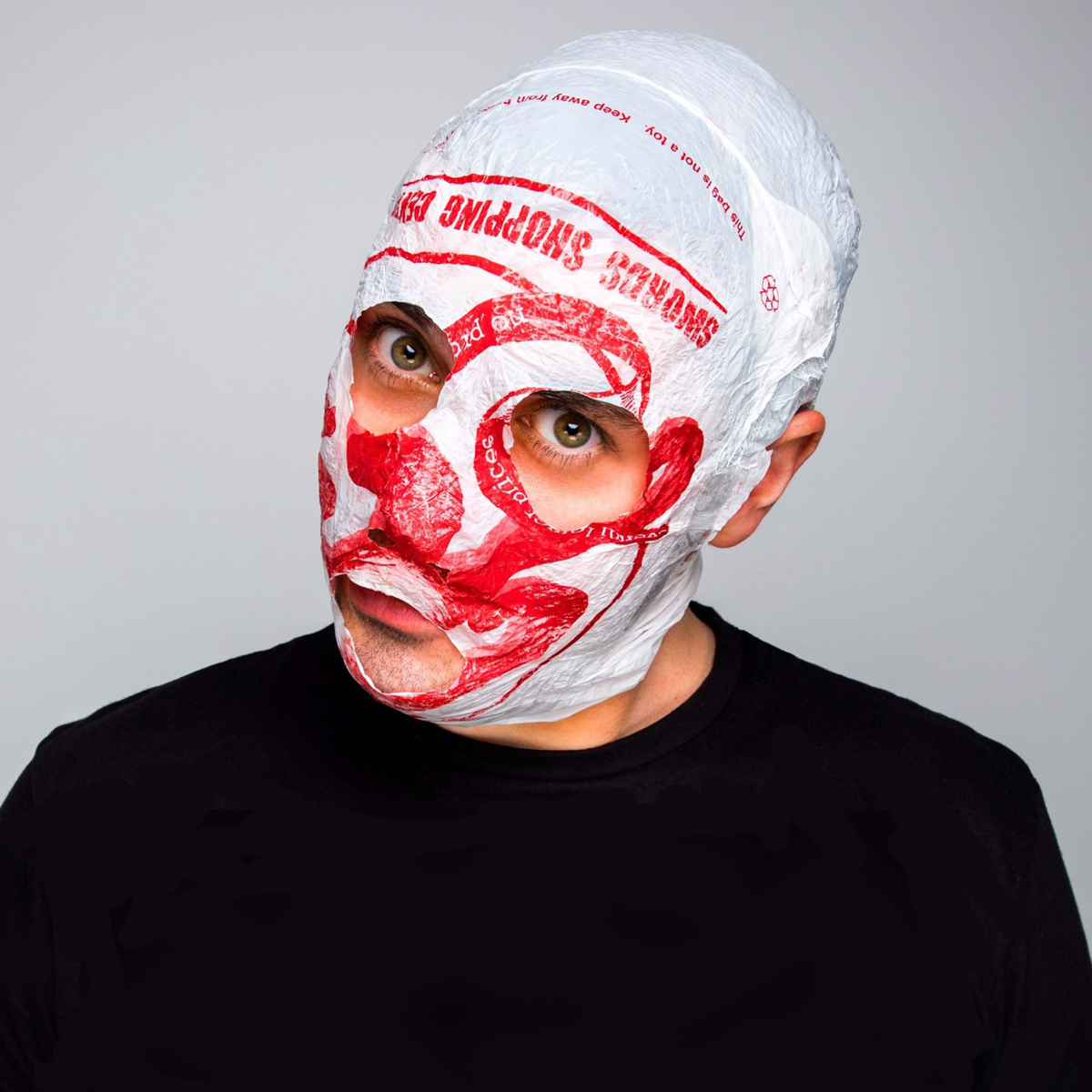 A massive part of the mental health conversation here in Ireland, Blindboy doesn’t shy away from vocalising his own struggles with anxiety and depression. Having lost too many friends through suicide, he decided to use his platform – which is well into the millions at this stage – to create a more open and honest dialoge around mental health, wellbeing and mindfulness. “[I wanted] to achieve a sense of personal meaning by helping others… I figured that many of [my online following] struggle with mental health issues but don’t have access to help or advice. The mental health services in Ireland are fairly dire.” Equipped with a background in psychology, Blindboy began to post about his own struggles back in 2013, attempting to “democratise the language of psychology so that it’s accessible and not scary”.

Shrewd, frank and quick to call out bullshit when he sees it, a statement Blindboy made a couple of years back on the Late Late Show still circles my mind. When asked about the generation he represents, he poignantly described the era of Irish people who can’t afford housing, can’t afford children and are either leaving the country or jumping in rivers. When asked whether he thinks things are improving, it’s apparent that the opposite is true.

“My generation still aren’t getting on the property ladder, and the younger ones aren’t either. Right now, the economy is good, but no one on the ground is really feeling it as prosperity. The rents are too high, people are giving up on the idea of owning a house… When the next recession comes, it will be more difficult for Irish people to emigrate like we did in 2009, to escape the shite at home.”

As well as the broken housing system, issues such as why we’re so anxious, how the internet killed reality and the dysfunctional world of work are each explored in the brand new BBC series, Blindboy Undestroys the World, which is well worth a watch. 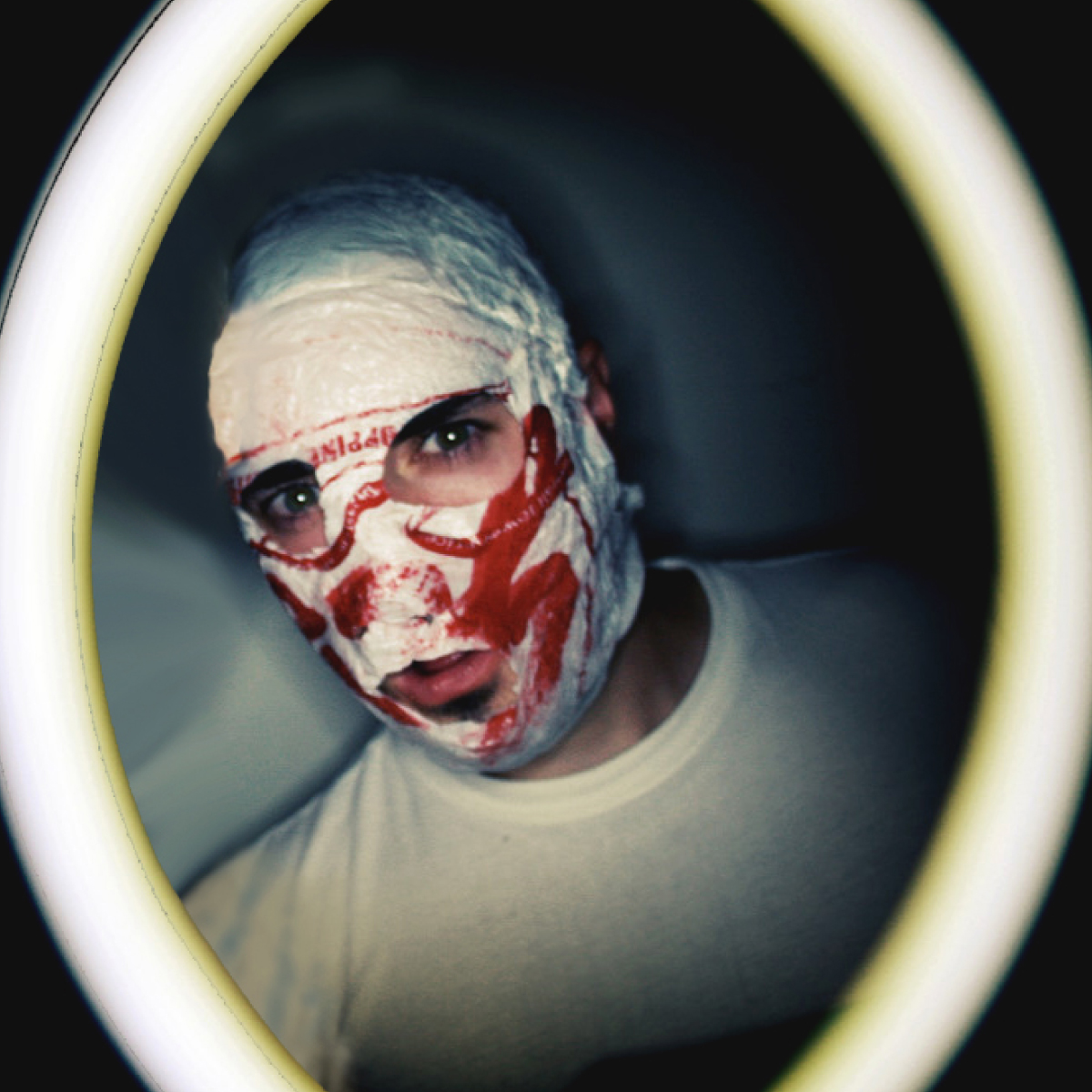 Above all, climate justice is of fundamental importance to Blindboy – and should be to each and every person reading this.

“Galway and Limerick could be mostly underwater in 50 years. Ireland is a small country, our carbon footprint is small, but our cultural footprint is huge… I’d like to see Ireland make Paddy’s Day about climate action. It’s already a green festival, we could do it. Lead by example and let the world follow, the big countries with the big carbon footprints.”

Small yet mighty, Ireland’s influence knows no bounds and Blindboy is adamant that we use this impact to instigate widespread change. Likening the current situation to that which caused the Great Famine, this incredibly informed Limerick man believes that “we exist as an example of the tragedy of placing profits and free markets ahead of human needs, and this is also what’s causing the climate crisis. This could all be slotted nicely into the Paddy’s Day celebration and narrative as a way to encourage global climate action.”

Initially developing The Blindboy Podcast as a means of promoting his first book, The Gospel According to Blindboy, it has since grown legs to encompass feminism, racism, history and a bit of everything really. You can usually find an episode at the top of the charts and it’s no surprise why. An intimate circle of conversation, Blindboy tries his best to let the millions of listeners filter into his psyche.

“When I actually record, I just try and do it for me, in a room on my own. If I start thinking too much about an audience, then it could lose its honesty.”

If you’ve been lucky enough to have secured some tickets to his live show in Town Hall Theatre on January 22, there’s only one thing Blindboy wants you to take away and that’s a feeling. “A little feeling of calm and meaning, that’s all. When I listen to other podcasts, I just want an hour where I was lost in that podcast, and not looking at my phone, or worrying about bills or other stressful things. Podcasts are little islands of calm concentration in a data hungry system where everything else demands our distraction.” 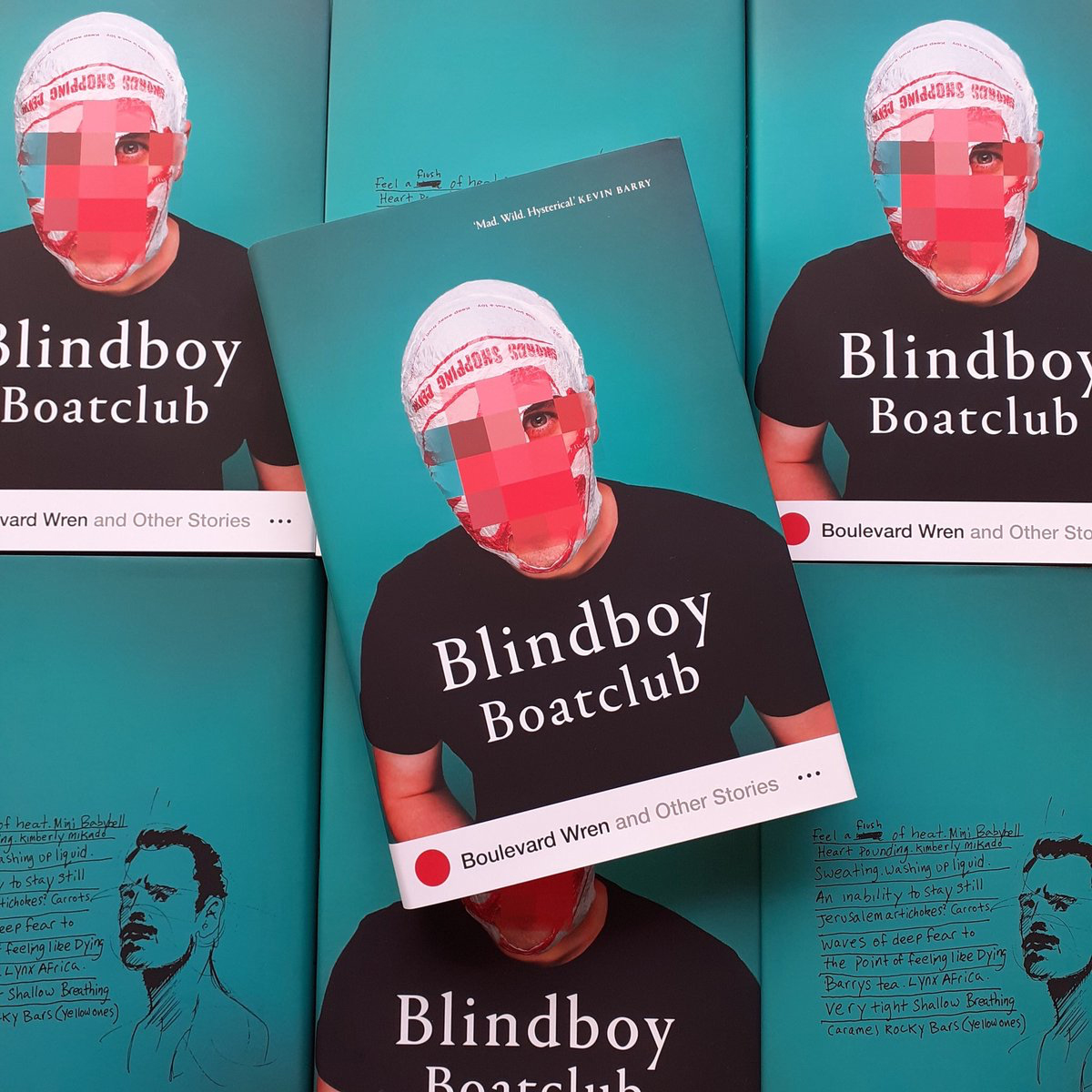 With over 160,000 weekly listeners and close to 5,000 subscribers to his Patreon account, this podcast has doubtlessly set Blindboy apart from the rest. With a brilliant array of guests appearing on the podcast – including Colm O Gorman, Emma Dabiri and David O Doherty – chatting to legendary film director Spike Lee was a real highlight for Blindboy. When asked his dream podcast guest, dead or alive, it’s got to be “the mad dead cunts from Irish history. James Connoly, Constance Markevicz, Silken Thomas” and personally, I can’t imagine anything better. You may be surprised to learn that 60% of The Blindboy Podcast’s listenership is from outside of Ireland, something which Blindboy himself did not expect – especially in non-English speaking countries. “I have upcoming gigs in Thailand, Catalonia, Spain and others in the works. I think it’s because of the Irish diaspora who are English teachers abroad. There’s loads. A lot of Irish English teachers will get their advanced students to listen to my podcast, so that they can hear the language spoken in something other than an American or British accent and I end up with new fans from there. It’s fucking mad.”

Because I’m only human, I had to ask if there are any plans for new music with Mr Chrome – the other half of The Rubberbandits – down the line.

“Yes, me and Chrome are still working on tunes, but The Rubberbandits thing is more of a hobby. I don’t think either of us want to go back touring, or treating The Rubberbandits professionally. We’d rather just release music and videos when we feel like it, purely for the passion of the art, and nothing else. To not even care if the work is received well or even earns any money.”

Blindboy Boatclub is, without the shadow of a doubt, one of the most articulate, knowledgeable and empathetic voices we’ve got the pleasure of listening to. The benefits of his platform can be seen all around us in the broadening of minds, the openness in discussion of mental health and an overall acceptance of gas cuntism. An impetus for change, Blindboy will no doubt be remembered for being an incredibly sound skin. Keeping things in the here and now, Blindboy describes his ambition; “My goal, day to day, is to earn a living by doing what I love. That’s all I need or want. If I have that, I’m happy.”

Buy tickets to the shows, listen to the podcast and, for the love of God, keep her lit.