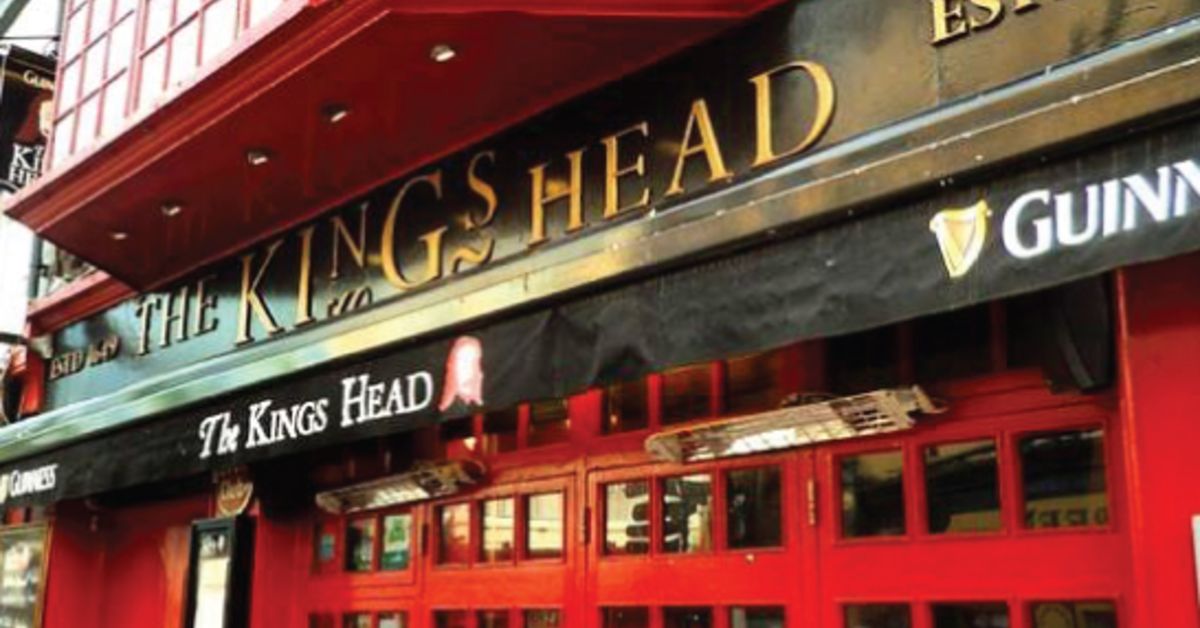 The Grealish family, owners of landmark 800-year-old pub The Kings Head in the heart of Galway City’s Latin Quarter, are celebrating 30 years in business this year.

To mark the occasion, and to say a big ‘thank you’ to the local community that have supported them over the past three decades, Paul and Mary Grealish are hosting a coffee and cake morning from 10:00am on Friday the 1st of November with all proceeds going to the Galway Rape Crisis Centre.

Mary said, “This milestone wouldn’t have been possible without the backing of our local community and we want to use this opportunity to show our appreciation for the support we’ve received over the past 30 years. The Galway Rape Crisis Centre are a fantastic local organisation and we are delighted to be able to use this occasion to offer our support to them and the amazing work they are doing here in Galway.”

Since 1989, the Grealish family have developed a venue that encompasses over three floors a medieval pub, local-ingredient restaurant and unique association with cutting-edge comedy, arts festivals and live music. 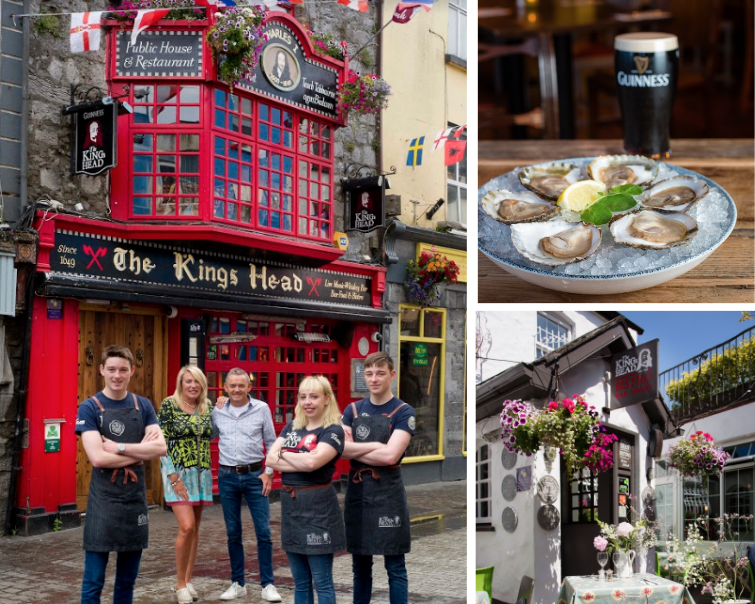 The Grealish Family outside of The King’s Head

Paul said, “For us, it is and always has been a labour of love. We are also thrilled that our three grown-up kids have all worked in the pub since an early age and continue to make a valuable contribution to the family business. The survival and success of the business up until now has been down to a number of key factors – a commitment to the rich heritage of the building, a commitment to great food, drink and entertainment, our fantastic staff, local support, and our location in the wonderful city of Galway.”
The Kings Head is famously associated with live comedy and theatre in Galway, both as a breeding ground for comedy talent and as a venue. In the early 1990s, it became home to The Flying Pig Theatre Company whose members included Tommy Tiernan.

Tommy Tiernan said, “I would be lost without The Kings Head. I started performing there 26 years ago and I am still going back. I have done stand-up shows, improvised shows, Eamon Kelly, Sean O’Casey, and JM Synge shows there. They took me under their wing and thank God for that. And the adventure goes on, the space is still active. It is a wonderful thing to have right bang in the centre of town an unpredictable platform, where, from a stand-up point of view, magic can happen. I am deeply indebted to Paul and Mary for their sustained patronage.”

The pub has expanded and evolved down through the years and now employs 70 staff and has capacity for 750 customers. In 2003, the family added the adjoining Malt House Restaurant, as it was formerly known, which they subsequently integrated as The Kings Head Bistro.

The 30th Birthday event is open to the public with a coffee morning kicking off at 10:00am and cake-cutting and champagne taking place at 12:00pm. Galway Bay FM’s The Keith Finnegan Show will be broadcasting live from The Kings Head from 9:00am until 12:00pm with a special Galway 2020 edition of the programme.