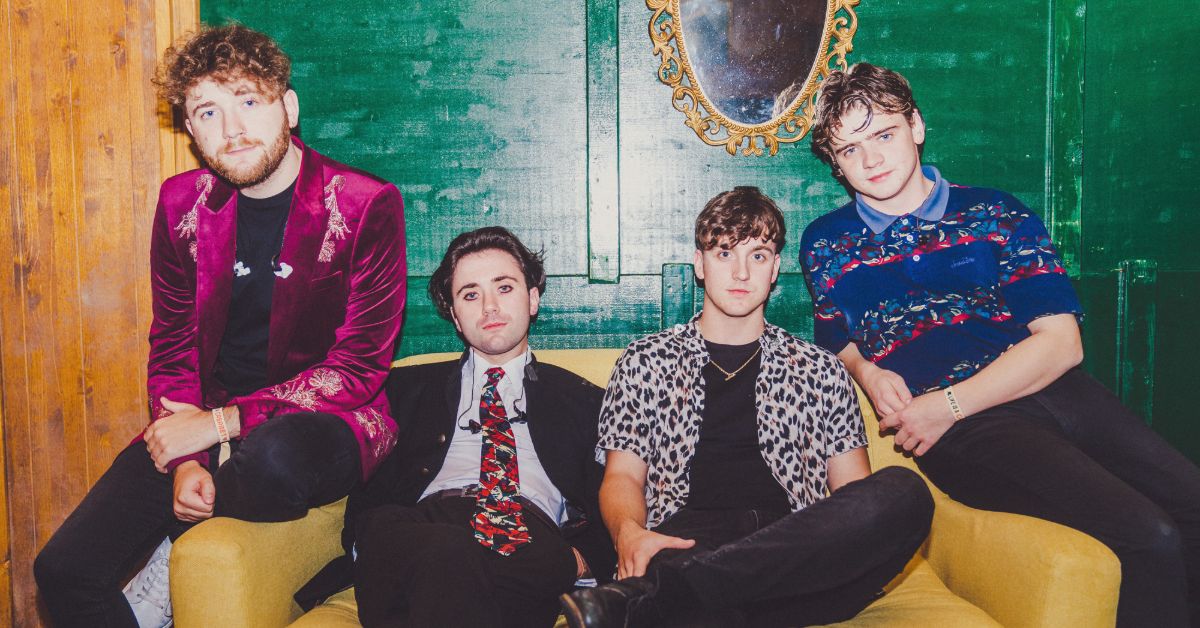 GIAF welcome the return of The Academic to the Heineken Big Top next summer.

The Academic will make a welcome return to the Heineken Big Top as part of GIAF’s music line-up on Friday 24 July, 2020.

Indie-rock sensations The Academic have quickly become one of Ireland’s most exciting live acts. They were a phenomenal hit when they played the Festival last July and now join a very impressive line-up at Galway International Arts Festival’s marquee music venue, The Heineken Big Top. GIAF 2020 will host some of the biggest-ever music acts next summer. Acts already announced include the Pixies, The Flaming Lips, Sinéad O’Connor, Jon Hopkins and The Stunning. Tickets to all these concerts are now on sale at www.giaf.ie and more music acts will be announced in 2020.

Galway International Arts Festival is planning an extraordinary year for its 43rd Festival and looks forward to building on GIAF 2019’s record-breaking attendance, drawing crowds from across the globe. The 2020 festival will run from 13-26 July.

Formed in their Westmeath teenage years, The Academic are Craig Fitzgerald, Dean Gavin and brothers Matt and Stephen Murtagh. Massive hits such as ‘Superlike’, ‘Different’, ‘Bear Claws’, ‘Why Can’t We Be Friends?’, ‘Mixtape 2003’, ‘Permanent Vacation’, and 2018’s ‘Fake ID’ have garnered the band an ardent following and critical acclaim. As Clash Magazine put it, “Irish band The Academic don’t write songs – they write anthems.”

Their debut studio album Tales from the Backseat was released in January 2018 and entered the Official Irish Charts at number one. The band has also appeared at some of Europe’s most high-profile festivals and opened for acts like the Rolling Stones, Twenty One Pilots, The Strokes, Catfish And The Bottlemen.

More acts for the Heineken Big Top and for GIAF 2020 are set to be announced ahead of the full programme release in May 2020.

Galway International Arts Festival would like to acknowledge the support of its principal funding agencies the Arts Council and Fáilte Ireland, Drinks Partner Heineken® and Education Partner NUI Galway. Tickets priced €35 go on sale at 9am on Friday 13 December,click here for more details.