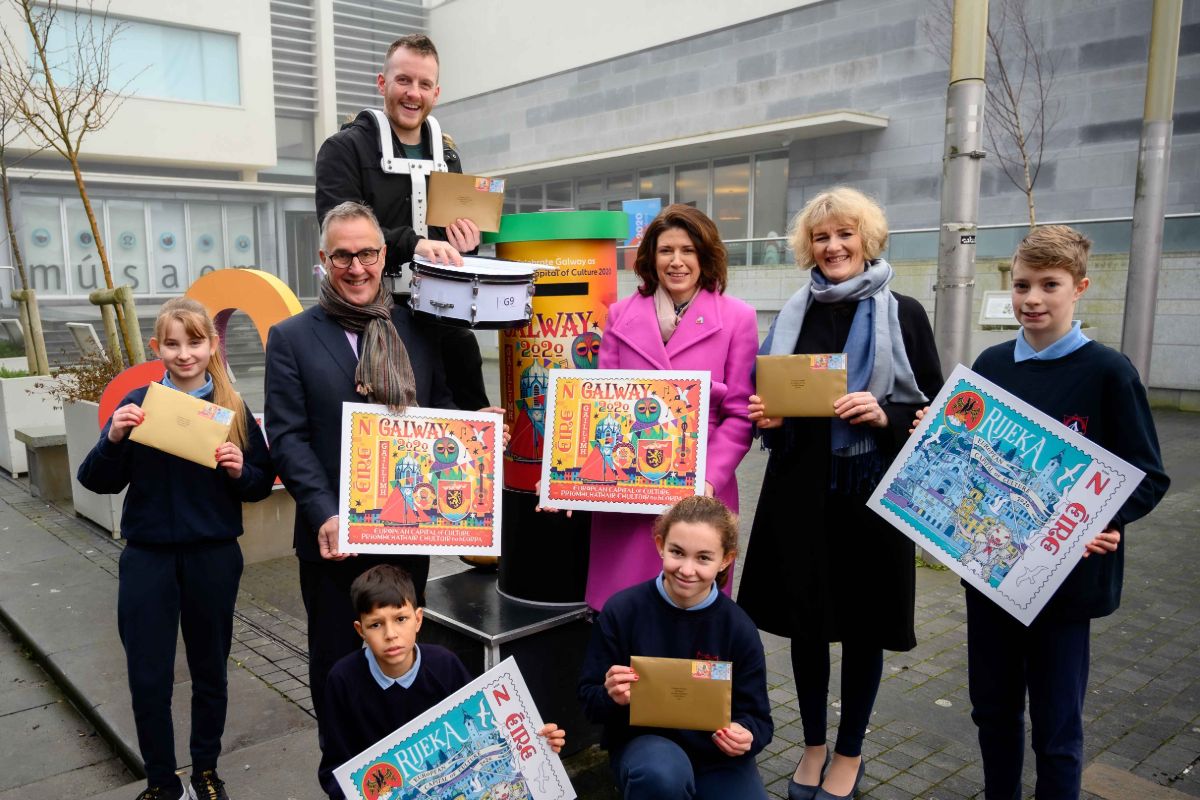 An Post unveiled a set of two colourful new stamps marking the national designation of Galway and Rijeka as European Capitals of Culture 2020, in a joint stamp issue with Croatia Post, in Galway today.

The new ‘N’ or national rate stamps by Irish designer Steve Simpson will available at all Galway post offices during 2020 and features well-loved symbols of Galway life and culture including the Spanish Arch, NUI Galway, Claddagh ring, City coat of arms, a Macnas giant puppet and a guitar representing live music. The Croatian stamp shows features associated with Rijeka, an historic port city known as the gateway to Croatia’s islands.

Speaking in Galway, An Post CEO, David McRedmond said: “I congratulate Galway 2020 on the breadth and depth of their programme, which promises to be extraordinary, from multisensory artworks in our natural environment to grassroots cultural moments across Galway City, County and beyond. An Post is delighted to partner with Croatian Post to mark the national designation for Galway and Rijeka as European Capitals of Culture 2020.” 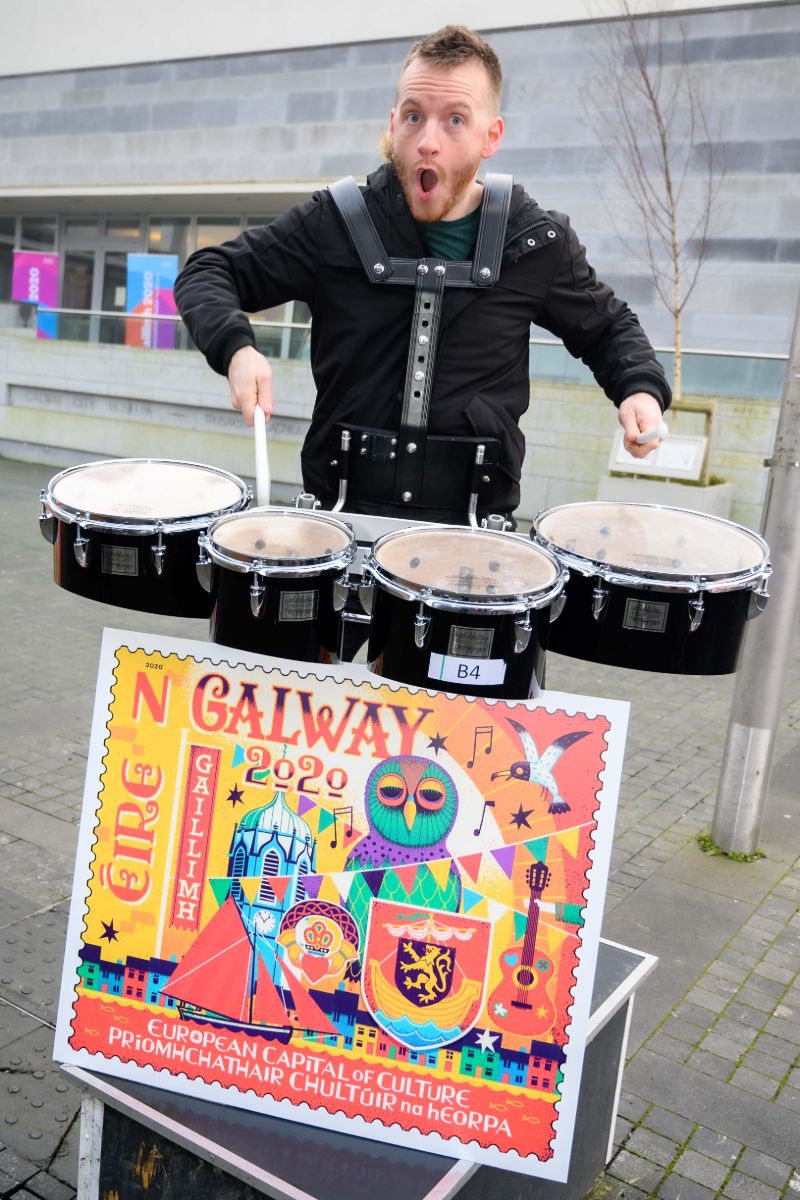 Unveiling the Rijeka stamp, Ambassador of the Republic of Croatia in Ireland, Mr Davor Vidiš, said: “An Post and Croatian Post today jointly issued two commemorative stamps to celebrate the designation of Galway, a port city on Ireland’s West Coast and Rijeka, a port city in Croatia on the Adriatic Sea as European Capitals of Culture. This joint stamp issue is a symbol of the shared values and the cultural affinity between Ireland and Croatia, our two peoples and cultures“.