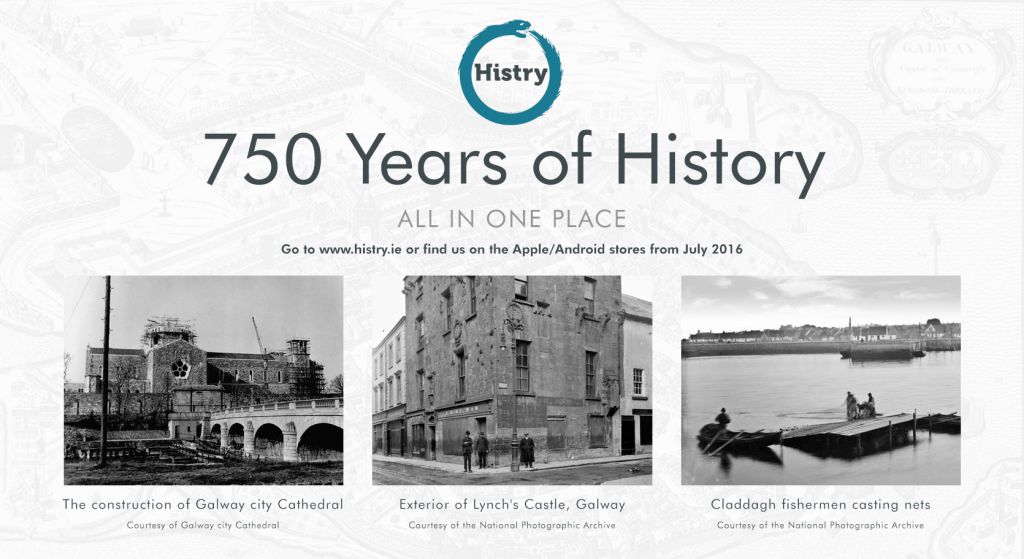 Self-guided tour of Galway with Histry

Maybe you’ve just arrived in Galway. You’re hungry to learn the history of the place; the people that populated the streets hundreds of years ago, the stories they told…

Maybe you’ve lived in Galway your entire life, but you’d never be caught dead on a walking tour.

Either way, the answer has arrived. The days of straining to hear the tour guide, of running to catch up after snapping a photo… Those days are over. Histry is here, and it’s awesome.

Available in six languages, Histry is an app that gives you an interactive self-guided tour to Galway, right in the palm of your hand. Whether you’re a newcomer or a local, allow yourself to step back in time and relive history. Take a turn by St. Nicholas’ Church (and stop to take as many photos as you like). Learn about the Spanish Arch, constructed in 1584 to protect the ancient harbour of Galway. Stare up at Lynch’s Castle and imagine it as it stood in the 17th century, while learning about the people that lived there.

Local author and historian Peader O’Dowd is behind the research that went into this project. Learn about Nora Barnacle, wife of James Joyce, the people of the Claddagh, and many other colourful folk that once walked these streets.

Go to www.histry.ie to download the app, and then head to the streets — a world awaits.