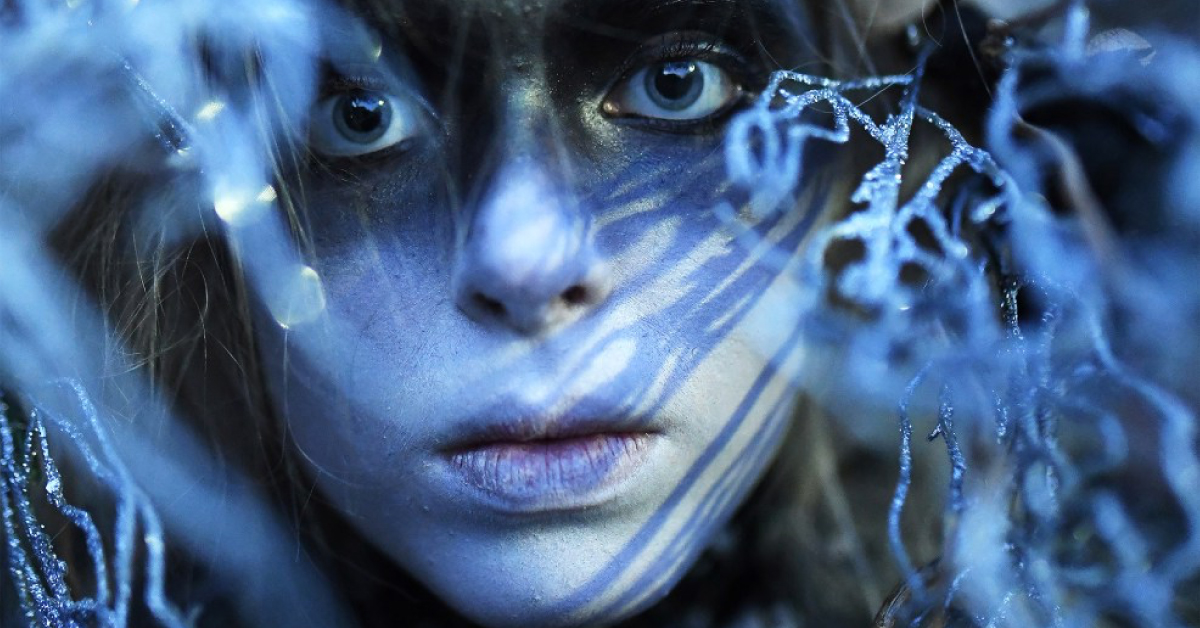 Macnas will bring their epic storytelling to the streets of Galway on Sunday 27th October with the acclaimed annual Macnas Halloween Parade. The parade is the largest free event for Halloween, with over 70,000 coming out in force every year to line the city streets for one of the highlight of Ireland’s cultural calendar.

The 2019 event – titled ‘Danse Macabre’ – will kick off at 5.30pm from Macnas’ home on the NUI Galway campus and will weave its way through the heart of Galway city unleashing curiosity, fear, grief, love, laughter and party onto the streets of Galway.

‘Danse Macabre’ will take audiences on a journey with a boy called Conor and will see Macnas, the ultimate guardians of the unpredictable, conjure a magical-realist world brimming with fizzing light, infusing the streets with spices and aromas, wafting and roaming around dense dark corners that rise to meet the transcendental and magical. It promises to be strange, unpredictable and utterly mesmerising. Always a gigantic undertaking, this year’s parade will feature the signature Macnas giant creations and sculptural images, pyrotechnics, bespoke costumes and epic performances to live and original music. 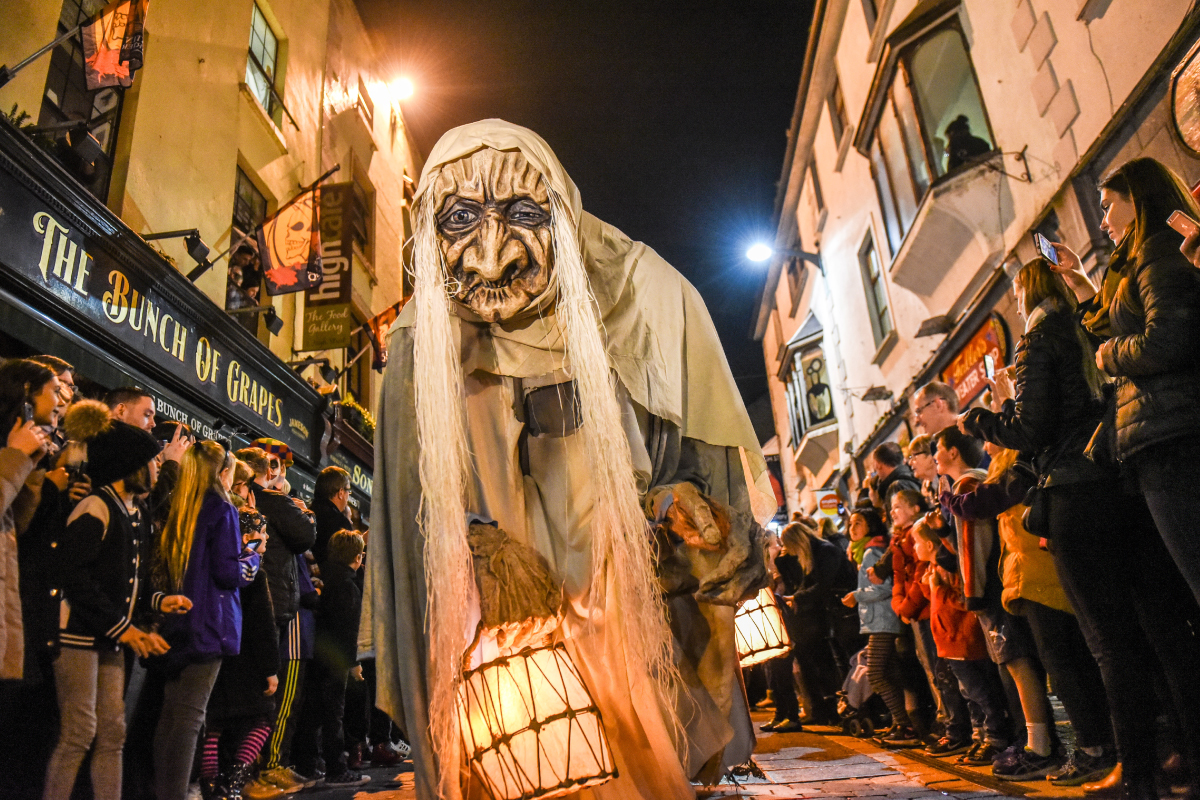 Mark O’Donnell, Executive Director of Macnas said – “We are very grateful to be supported by the Arts Council of Ireland and Galway City Council for our year long programme of creative work. In 2019, we are delighted to have the confirmed support of our platinum supporters Smyth’s Toys and our golden business patrons: O’Connell’s Bar Eyre Square and Acorn Insurance. This year, the Connacht Hospitality Group continues their generous support for the Macnas Young Ensemble which is terrific, and we look forward to working with our partners in the Latin Quarter again this year to deliver the iconic Halloween parade.”

Speaking ahead of this year’s Macnas Halloween Parade and looking forward to the European Capital of Culture, Noeline Kavanagh, Artistic Director of Macnas said – “2020 will see Macnas present a dramatic new version of the world’s oldest surviving story, the epic of Gilgamesh, staged outdoors, indoors and online across the four seasons. The legend of Gilgamesh inspired heroes such as Cú Chulainn, Fionn Mac Cumhaill and Odysseus and this will be an adventure that will take our audiences on a rollercoaster ride, like nothing they’ve ever experienced.”

‘Gilgamesh’ is a tyrannical king, two- thirds god, one-third human, whose rule is challenged when he meets his match in a wild man and hero called Enkidu. The story follows their exploits against a backdrop of love, loss and adventure. Get ready for Macnas in 2020 as ‘Gilgamesh’ takes over the city streets, comes into in your homes, is staged in the Black Box Theatre and roams beyond our city walls! 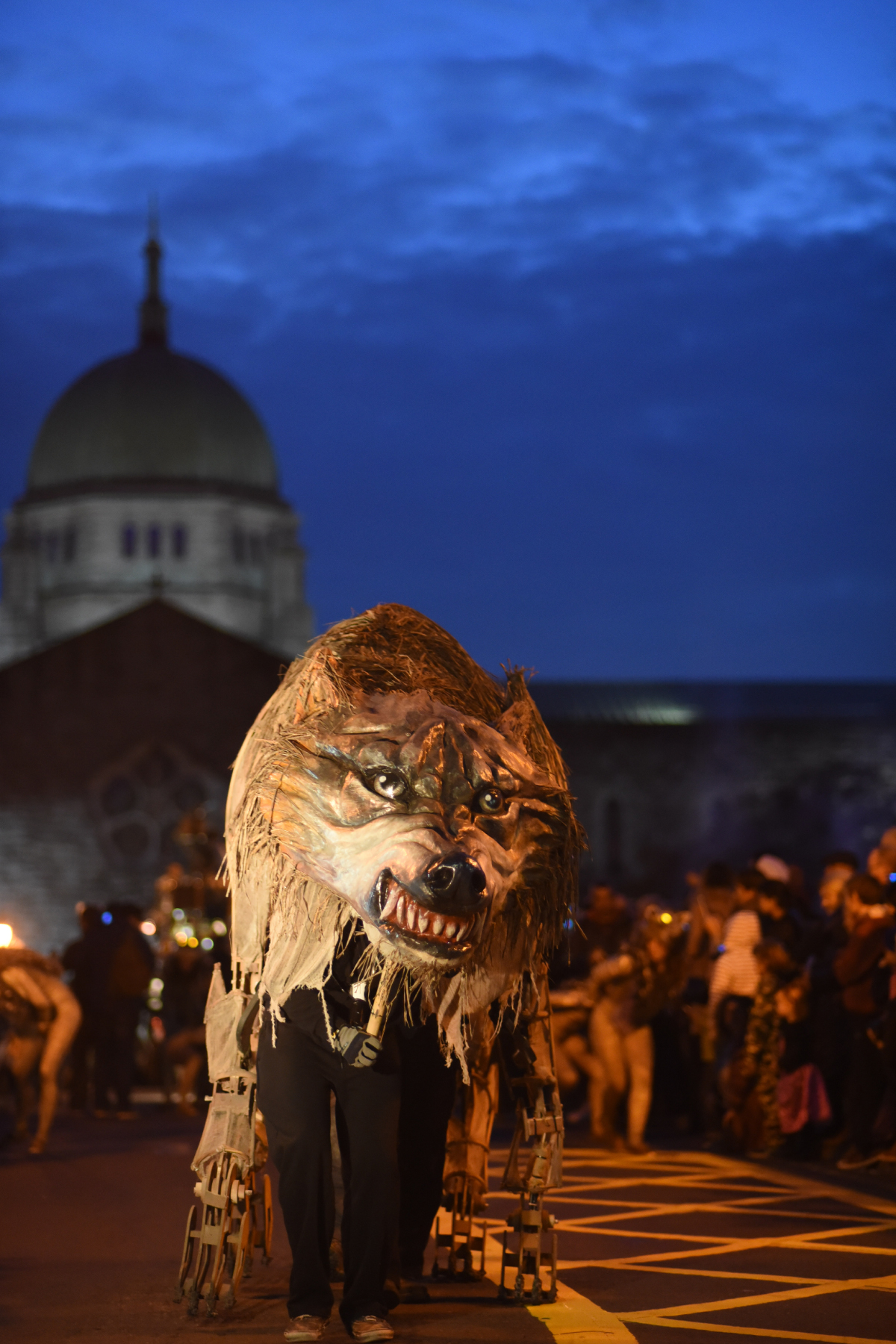