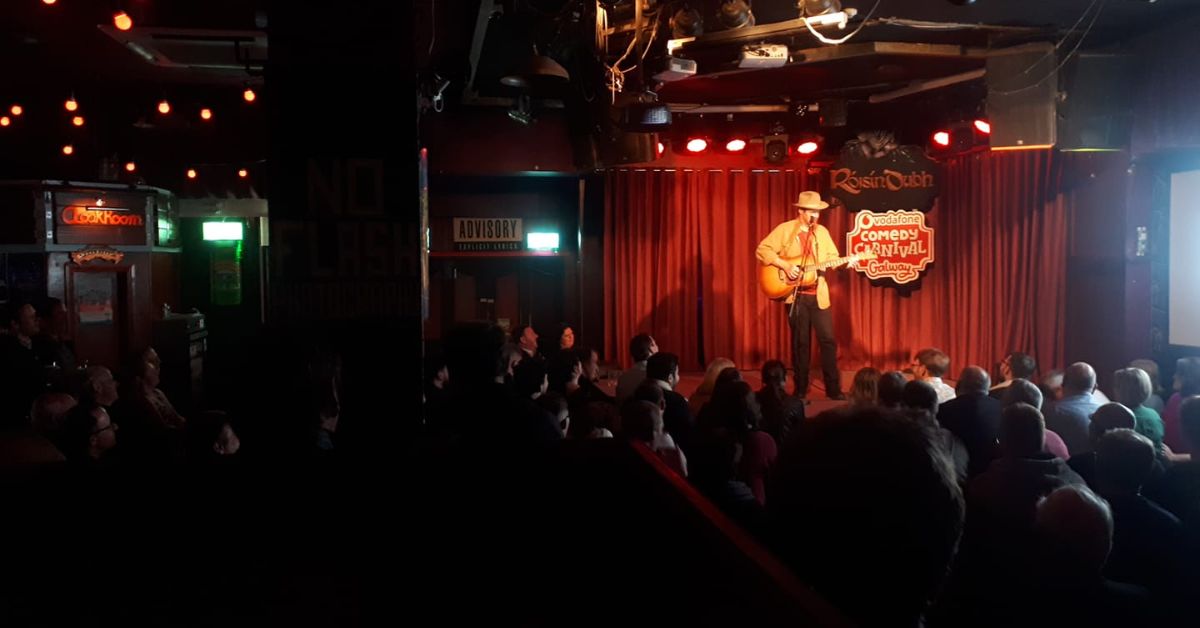 Wondering what to expect from Ireland’s biggest comedy festival? Tune into RTE 2 on Thursday 30th Jan 2020 from 10.30 pm and watch Anna Clifford and Karl Spain present the best of Galway’s Vodafone Comedy Carnival!

On the last week of October every year, the city of the tribes comes alive as a hundred-plus comedians entertain thousands of people in venues all around this vibrant west coast paradise. In a country not short of festivals, Galway is surely the capital. There is something about the town and its people which embraces and enhances every cultural event, with performers feeding off this energy. 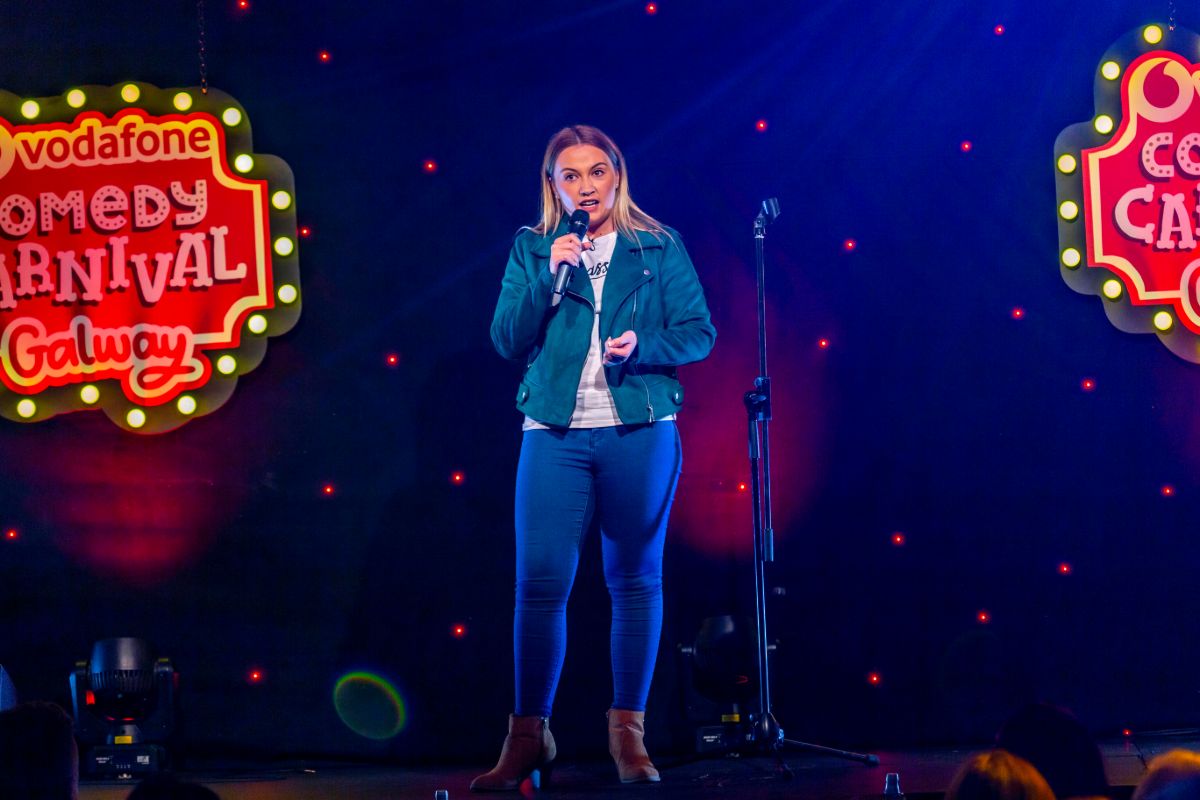 Last October, film crews descended on Galway to try and capture some of the magic and colour of this remarkable week. “Laughter in the Eyre – Vodafone Comedy Carnival Galway” is presented by Karl Spain and Anna Clifford features some of the big names from the festival such as Andrew Maxwell, Reginald D Hunter, Terry Alderton, Jo Caulfield and Seann Walsh. The programme also features lots of the newer faces from the vast array of talent which makes this week such a huge success year after year. “Laughter in the Eyre – Vodafone Comedy Carnival Galway” is a fine showcase for Irish comedy, the festival and the city. 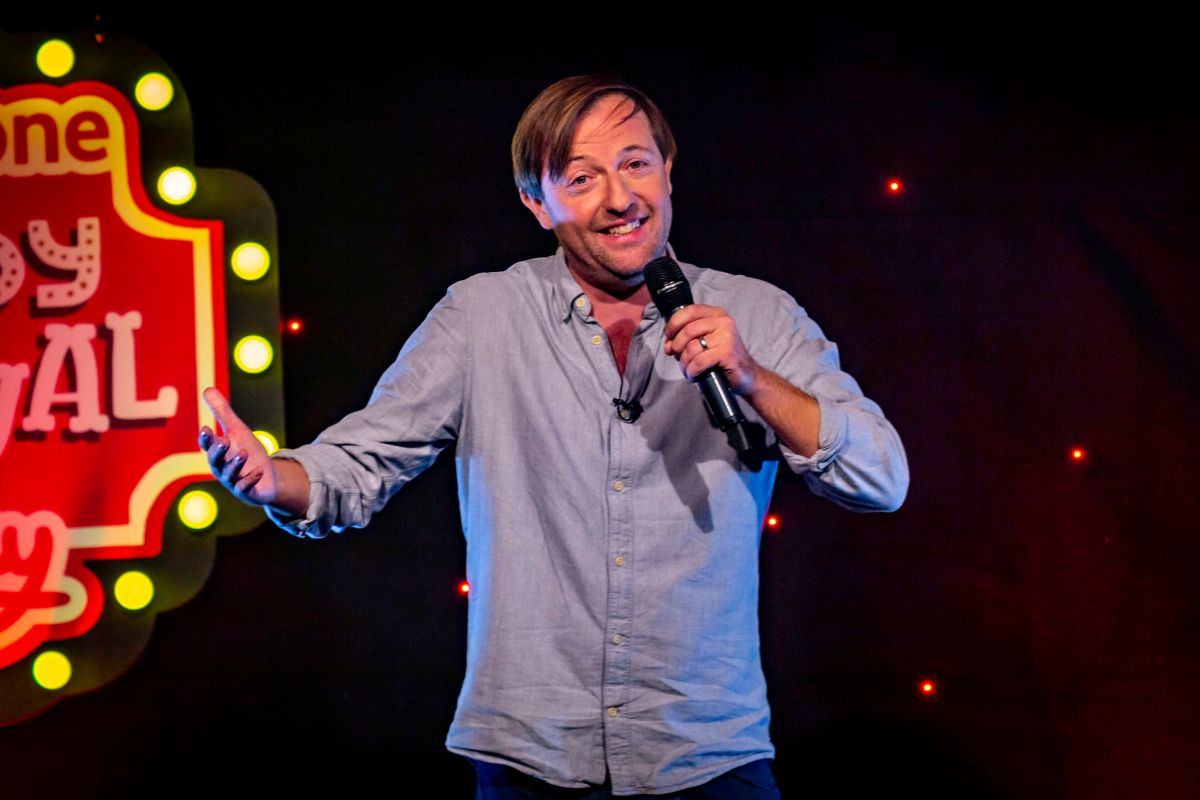 As Galway gears up for its year as European Capital of Culture 2020, there is no better time for RTE audiences to see Galway at its very best. The show will ‘Eyre’ on RTE2 on Thursday 30th January at 10.30pm.

Huge thanks are due to all the festival sponsors especially the title sponsors Vodafone Ireland whose continued support of live comedy has made the festival such a success as well as “Laughter in the Eyre- Vodafone Comedy Carnival Galway” possible. A major thank you is also due to Galway City Council for supporting the festival and the TV programme. But the biggest thank you must go to the wonderful audiences whose unbridled joy makes it all so special.

Tune in next Thursday 30th Jan from 10.30pm and prepare to laugh your socks off!