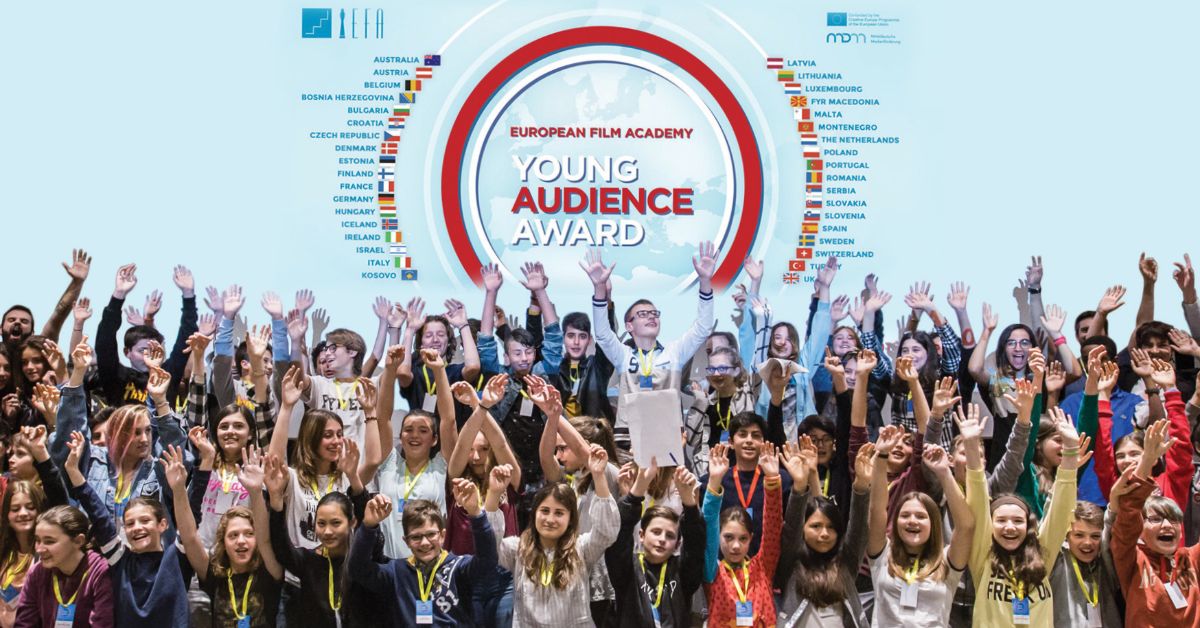 The EFA Young Audience Award is a simultaneous, Europe-wide, film viewing event for young people aged between 12 – 14 years. Kind of like the Eurovision, but for films! Participation is free.

On Sunday 5th May, three nominated films are screened in 56 different cities, in 35 different European countries. Each participating city has an audience of young people, who act as a jury and vote for their favourite film. And all participating cities interact with each other via video conference and social media.

In between screenings, film educators lead the audience in discussions about the films they’ve seen. The entire day culminates with the audience transmitting the results of the national vote.

Being on the jury for the Young Audience Award offers a unique opportunity to discover great films, that don’t normally play in the your local multiplex. It presents films which reflect the realities of young people all over Europe and raises interest in European stories, people, cultures and societies, building bridges to exchange different points of view and increasing awareness of important social issues.

The three nominated films are: Fight Girl, about a headstrong 12 year old named Bo whose parents’ divorce is distracting her from the Dutch national kickboxing championship; Los Bando, a crazy road movie about a young band from Norway who journey across the country to attend the National Championship of Rock in a race against time, the police and their parents; and Old Boys, set in an all-boys boarding school in England, where social misfit Amberson finds himself playing matchmaker for the school hero Winchester, who has a crush on the French teacher’s fiery daughter Agnes.

To join the Galway jury of the Young Audience Award, you must be aged 12 to 14, be attending school in Galway City or County and have an active interest in films. The EFA Young Audience Award will take place on Sunday May 5th at Pálás Galway, from 9:30am – 6pm

The Galway Film Fleadh is hosting the EFA Young Audience Award in association with Galway2020 and Pálás Galway.