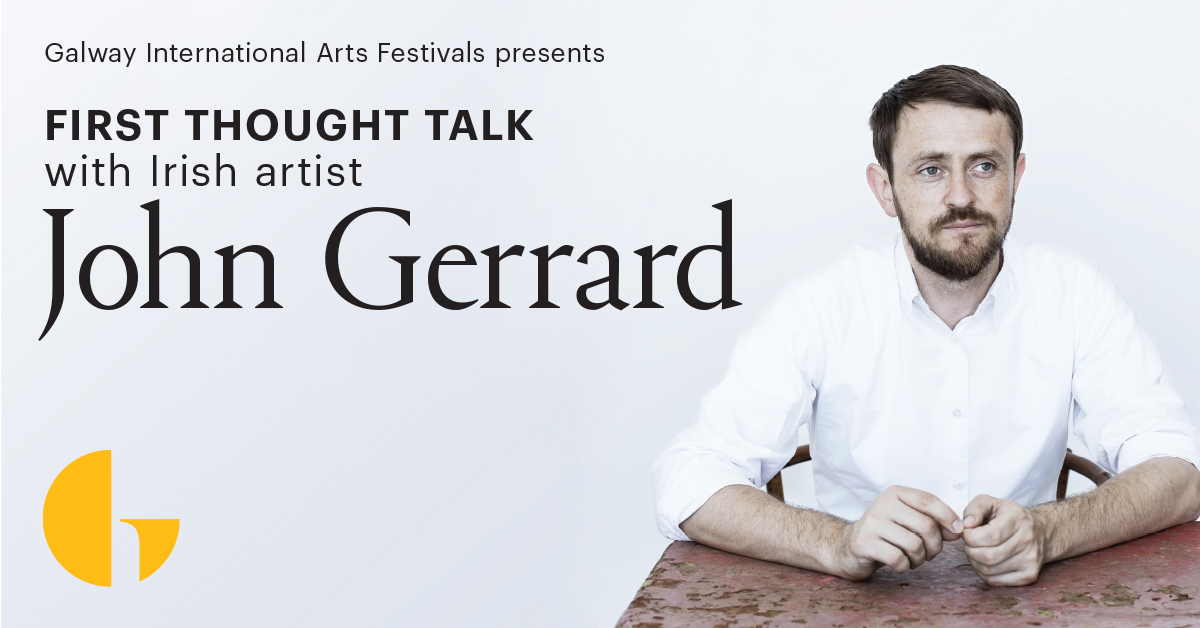 This evening, to coincide with Galway International Arts Festival’s visit to London with the UK premiere of ROOMS by Enda Walsh, Ambassador of Ireland, Adrian O’Neill, will host a special reception to welcome the Festival to London.

As part of the event, GIAF will present a First Thought Talk with Irish artist John Gerrard, one of Ireland’s most unique and internationally celebrated artists best known for his large-scale and site-specific works.

John Gerrard is one of Ireland’s most unique and internationally celebrated artists best known for his large-scale and site-specific works. Paul Fahy, GIAF Artistic Director, will join John Gerrard in conversation to discuss Gerrard’s work, and his exciting collaboration with GIAF for 2020.

“I am delighted to host the First Thought Talk at the Embassy in association with the Galway International Arts Festival and look forward to welcoming John and Paul for what will no doubt be a fascinating conversation. The GIAF plays a hugely important role in profiling Ireland as a vibrant and inclusive cultural destination. It is also encouraging to see exciting cultural collaboration & partnerships between the Festival and organisations here in the UK. I am especially pleased that UK-based artists are taking part in the Festival, and am really looking forward to seeing Rooms at the Barbican later this week.”

“I’d like to thank Ambassador Adrian O’Neill for extending such a warm welcome to GIAF during our visit to London with Rooms by Enda Walsh, and for hosting the Festival’s First Thought Talk with Irish artist, John Gerrard. John is one of Ireland’s greatest artists whose work has been installed in some of the most high-profile urban spaces in the world from London to New York, and at the Venice Biennale and the Coachella Valley Desert in California. We first presented his work at the Festival in 2013 and I’m looking forward to talking to John about his work, and about our exciting collaboration for Galway 2020, as part of this First Thought Talk.”

First Thought Talks is the Festival’s thought leadership platform, which places a spotlight on issues of the day and showcases thought-provoking discussion on forward-thinking ideas. In its 107 talks to date, the programme has featured everyone from authors to war correspondents, supermodels to CEOs, constitutional lawyers to psychotherapists and playwrights to presidents. It aims to significantly progress the position of culture and creativity in society and make it a central pillar of Irish life. GIAF has also developed its discussion platform outside the Festival and publishes the talks on its website https://www.giaf.ie/talks

GIAF’s First Thought Talk with John Gerrard will be live-streamed from the Embassy of Ireland, Great Britain on the GIAF Facebook page at 6.30pm, Tuesday 16 April

GIAF’S production of ROOMS by Enda Walsh is on at the Barbican in London from 11-19 April, Click here