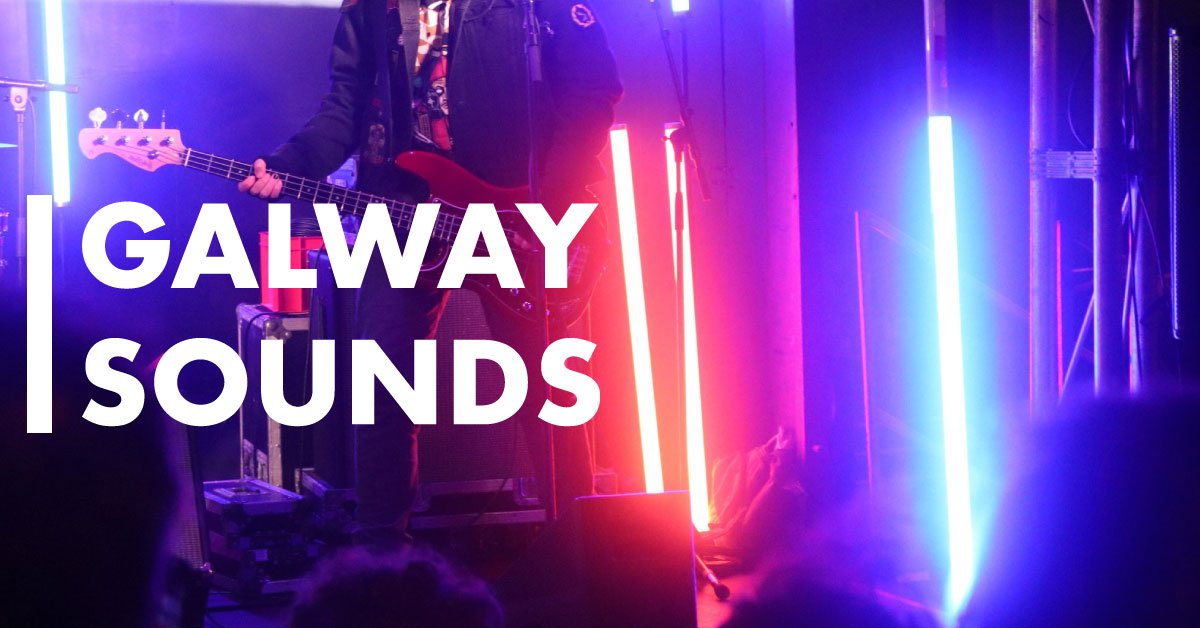 Every month, Galway Sounds picks out the cream of the crop of Irish musicians playing in our beautiful city. Read on for bucket loads of talent and guaranteed good shows…

There’s no better feeling than heading to a small, local gig and discovering that hidden gem; the next big thing in Irish music! And there are more than a few candidates in this month’s gig guide who will definitely impress and are set for a big future. Have a read about our top picks, and click MORE if you fancy buying a ticket to any of these great shows…

Though not related by blood, the dove-tailing vocal harmonies of Mark McCausland and Oisin Leech make them seem even closer than family. The Lost Brothers are an Irish band that formed in Liverpool and takes a lot of influence from the Americana style of music. They truly excel in the craft of songwriting, using descriptive and emotive lyrics to paint a picture reminiscent of The Old West (both Irish and American). The Lost Brothers have been performing and releasing music at a consistently high level for over a decade. But now, with their latest album earning widespread radio play, and appearances on the likes of The Late Late Show, it seems that they are about to push on to new heights! Many Irish & UK shows are already sold out, so get your ticket for their Town Hall Theatre show quickly. MORE

Coming off the back of a barn-storming 2019, Junior Brother returns to Róisín Dubh, bringing his unique guitar-playing and haunting vocals to the music-lovers of Galway. The alt-folk troubadour’s reputation has grown massively after a successful debut LP release, Nationwide headline tours and support slots for the likes of The Murder Capital and Lankum. Junior Brother is becoming regarded as one of the finest Irish songwriters around, and you won’t want to miss it! There’s always something magic in the air when he plays live…. MORE

Yet again, Eclectics treat us to a stellar line-up of original Irish music in The Black Gate throughout this month. The highlight of their March programme sees exciting young band, NewDad, bring their fun, easy-listening brand of alternative rock to the hallowed downstairs room of the Francis Street wine bar. What’s more, one of the most talented groups of musicians to ever come out of Galway, Canaries, will be re-forming to act as support on the night. With shimmering guitars, haunting vocals and quirky lyrics, listening to Canaries is a contemplative journey through space. We cannot wait to hear them again! MORE

We are considerably lucky to have such a renowned and talented orchestral quartet in residence here in Galway. ConTempo Quartet formed in Bucharest in 1995 and, since then, have performed more than 1,800 concerts across 46 countries, including prestigious venues such as Wigmore Hall, Théâtre du Châtelet, Carnegie Hall and the Opera House Tel-Aviv. ConTempo Quartet ooze class, confidence and exuberance and you should take any chance you can to witness their stunning ability and instrumental control. Luckily, there is no better way to experience ConTempo Quartet than in the atmospheric surroundings of St Nicholas, so now is your chance to try it out!’MORE

For fans of: Bach, Beethoven, Mozart

You’ve probably heard about the wonderful work that Livefeed have been carrying out around the county throughout the last year. This troupe of experienced musicians, sound engineers, songwriters and videographers have been curating workshops all over Galway, aimed at giving the aspiring young musicians of the area a chance to learn the skills that they really want to learn. It has been a hugely successful project, and now those young artists will be showcasing what they have learned with a very exciting show in Galway 2020 HQ at the Cornstore. You may go along just to offer support, but we guarantee you will be blown away by the level of quality on show. The future of Galway’s music scene is in safe hands! MORE

For fans of: Unearthing the next musical gem and supporting the youth!

Feature photo was taken by Cormack O’Brien, as part of the Livefeed Program. More photos HERE