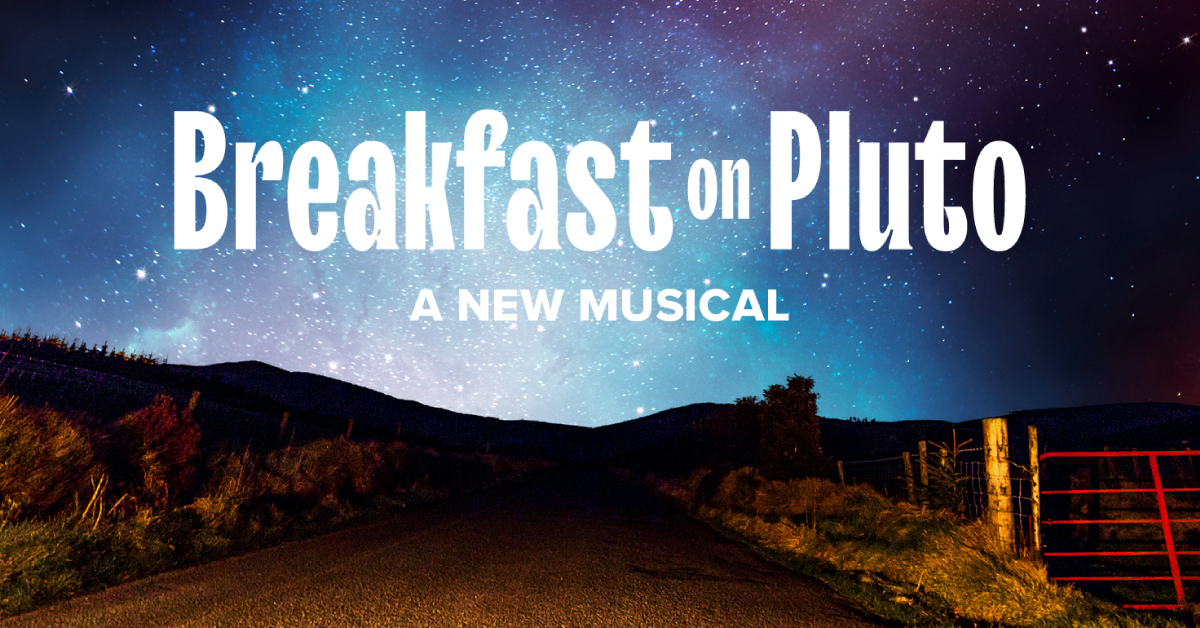 Ever since a small audience got a glimpse of a work-in-progress showing last summer in Galway, excitement has been building around this brand new musical, which will play 120 performances in 4 cities, in 2 countries over 5 months.

The role of Patrick/Pussy will be played by Fra Fee (Translations – National Theatre, The Ferryman – Royal Court Theatre, West End and Broadway, and the film version of Les Misérables) in this dazzling musical of self-discovery. He will be joined by Niamh Perry (Good Vibrations – Lyric; Mamma Mia and Love Never Dies – West End), David Ganly (On Blueberry Hill, Girl from the North Country – West End), Kate Gilmore (Town is Dead – Abbey Theatre, Fair City – RTÉ) and Rickie O’Neill (Once – Olympia; The Saw Doctors). Full cast details will be announced in the coming weeks. MD Jennifer Whyte leads a crack band of 4 multi-instrumentalists, who will play live on stage.

Producer Anne Clarke (Landmark Productions) said:
‘It’s been three years in the making, and today we are thrilled to announce the world premiere of a brilliant new Irish musical. We are grateful to Patrick McCabe for embracing the possibility of making a musical from his groundbreaking novel, with its unique and inspirational protagonist, and thrilled to be working with such phenomenal artists as Bob Kelly, Duke Special and Des Kennedy to tell this very Irish, but deeply universal, story. We are grateful to the Arts Council for supporting the development and production of the work; to our regular co-producing partners Galway International Arts Festival, where the world premiere performance will take place; to our new co-producing partners Birmingham Repertory Theatre, who today announce a wide-ranging season of work as part of Sean Foley’s first full season as artistic director; to our London partners the Donmar Warehouse; and to our presenting partners in the Olympia Theatre. It’s a pretty extraordinary road ahead for a new musical, even before the first note is sung. What a journey it promises to be.’

Galway International Arts Festival’s Artistic Director Paul Fahy added,
‘We are thrilled to work once again with Landmark Productions with whom we have brought so many great world premieres to the stage. Seeing this show develop over the past three years has been so exciting and our brilliant team of artists (which also includes Jennifer Whyte, Jennifer Rooney, Katie Davenport and Sinéad McKenna) are, we believe, creating something truly extraordinary. It is always very exciting to work with new co-producing partners and associates and we are always grateful to the Arts Council for its ongoing support of our work. Quoting the opening line from the title song of the show ‘Starlight is a gift to share…’ We really believe this new musical will be a beautiful gift to share with our audiences in Galway, Dublin, Birmingham and London.’

Director and Co-Creator Des Kennedy said today,
‘I first encountered Breakfast on Pluto as a teenager in Belfast where I grew up. I was a drama student and our class was asked to go and be extras in a movie that was shooting around the city. I didn’t know anything about the story but I could somehow tell that it was colourful and violent and subversive and very very sexy. As a young gay man living in Belfast at the tail end of the peace process this was like visiting space. Or Pluto. After filming I ran out and bought the novel and read it almost in one sitting. It instantly became my favourite book. I was astounded that Breakfast on Pluto was a story about our dreadful political situation told by a fabulous queer person who was completely unapologetic and hysterically funny. Pussy’s voice was so vivid and transgressive – it felt like a turning point, and we are very excited to channel that radical stardust energy into our production.’

Birmingham Repertory Theatre Artistic Director Sean Foley said, ‘I’m thrilled to be opening my very first full season of work for The REP with the UK premiere of Breakfast on Pluto. This new musical, co-produced with Landmark Productions and Galway International Arts Festival and in association with The Donmar Warehouse, promises to be a touching, funny, vibrant, thrilling and contemporary piece of work. I am also delighted to continue our producing relationship with Landmark Productions, presenting the very best of Irish and international theatre.’

The Donmar Warehouse said today ‘The Donmar was lucky enough to attend a workshop performance of Breakfast on Pluto as part of the Galway International Arts Festival (GIAF) last year and immediately agreed it is an exceptional new musical that deserves a London run. At a time when the border and our relationship with Ireland is so important to our political thinking, we’re thrilled that such a beautiful story will be told here on our intimate stage and can’t wait for our audiences to experience it.’

The rural Irish border town of Tyreelin at the height of the Troubles is no place for a wonderfully unpredictable child like Patrick/Pussy Braden, illegitimate offspring of an errant priest and a long-gone local girl.

Dismayed by small-town bigotry, religious repression and the IRA’s lack of fashion sense, Pussy ditches watchtowers and checkpoints for the faraway galaxy of 1970s London in search of a long-lost mother and a technicolour new life.

Breakfast on Pluto will premiere as part of Galway International Arts Festival 2020 previewing July 9-12) officially opening 13 July in the Black Box Theatre for a two week run. The production will then transfer to Dublin’s Olympia Theatre, running from July 30 – August 15. Breakfast on Pluto will then head to the UK, running at the Birmingham Repertory Theatre from September 3 – 26 before transferring to the Donmar Warehouse in London for a seven-week run from October 2 – November 21.