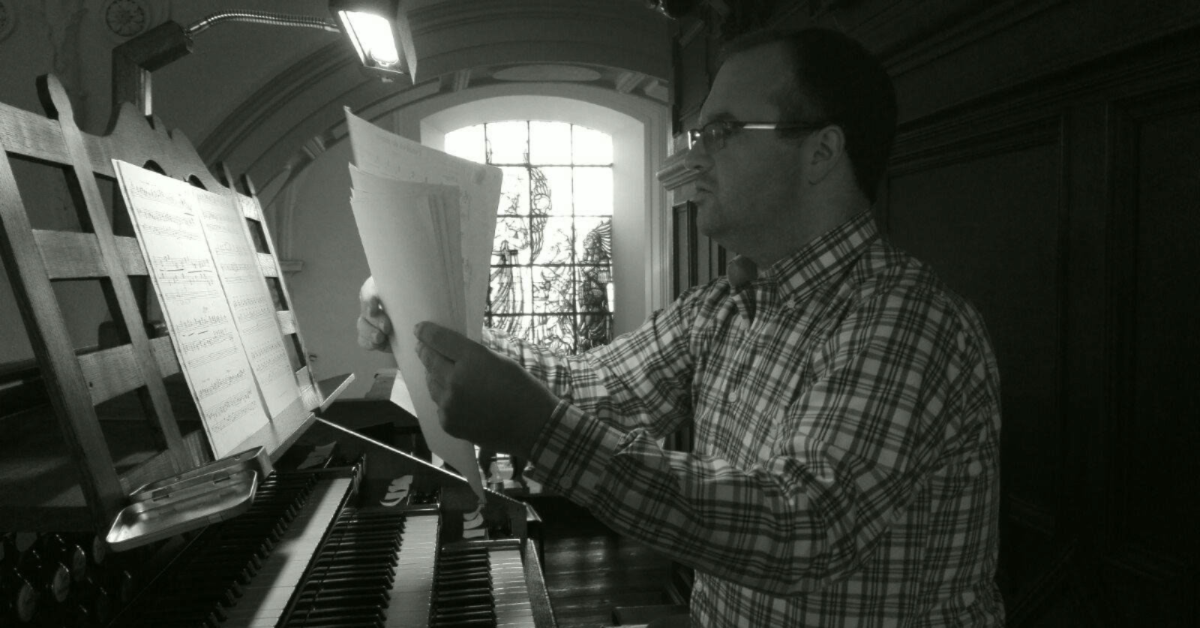 Reverend Pedro Alberto Sanchez Osa was born in Salamanca, Spain. His earliest music training was as a member of the famous boys’ choir at the Real Monasterio de San Lorenzo de El Escorial, and he studied in the music conservatory of Madrid “Arturo Soria”, where he graduated with the degree of Organ Professor. He then moved to Rome to attend the well-known Conservatorio Santa Cecilia, specialising in organ and composition under the tutelage of such masters as Ottorino Baldassarri, Jiri Lecjian and Federico del Sordo; he was also a member of the Schola at Saint Peter’s Basilica. He later continued his studies at the Pontificio Instituto de Música Sacra in Rome where he specialised in Gregorian chant and improvisation. Father Sánchez received a Master’s Degree in Organ Pedagogy from the Real Conservatorio Superior de Musica in Madrid, where his mentor was Dr D. Miguel Bernal Ripol. He has performed organ concerts in Spain, Mexico, Poland, Switzerland, Italy, Panama, Belgium and the United States of America. Father Sánchez is a priest of the Augustinian order, having pursued his religious studies at the Estudios Eclesiásticos por la Universidad Pontificia de Salamanca and Pontifical University of Saint Thomas Aquinas in Rome (Canon Law). He holds the positions of Music Director and Organist at the Real Monasterio del Escorial and Director of the Semana Internacional de Organo de Madrid.