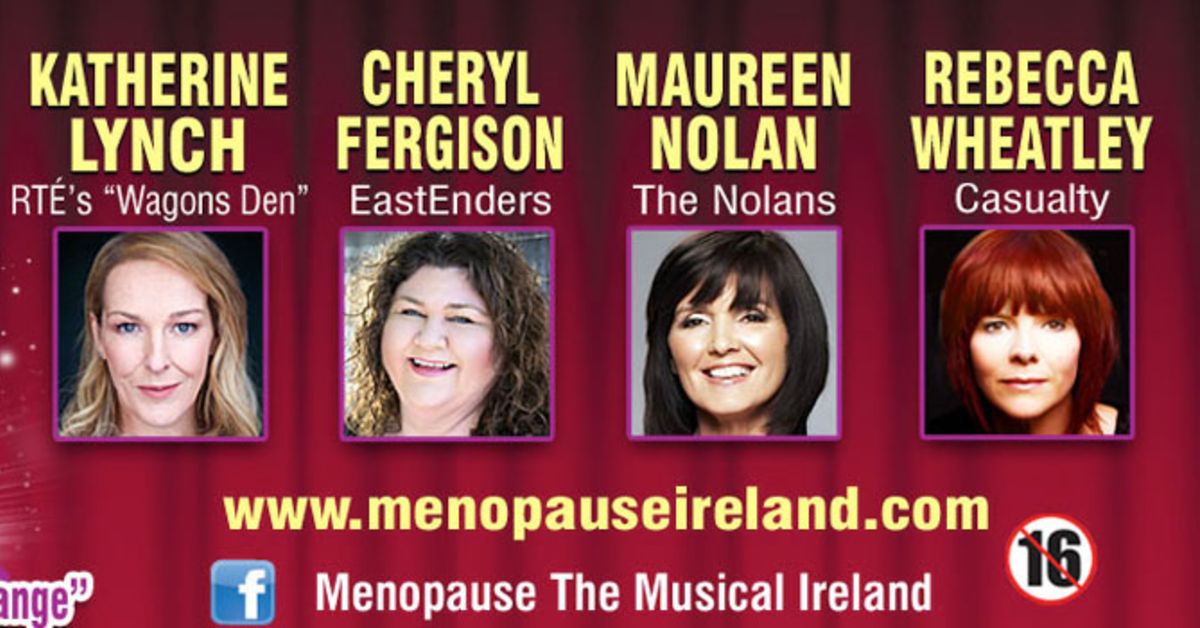 The hilarious celebration of women and ‘The Change’

Following multiple sell out Irish Tours the ultimate girls’ night out, “Menopause the Musical” returns to Galway on another Irish nationwide tour in spring 2019 with an all- star cast. This fabulous comedy hosts a cast of hormonal women, memory loss one-liners and innuendo-laden versions of pop classics.

“It’s impossible not to laugh!” The New York Times

Starring Katherine Lynch (RTÉ’s “Wagons Den”), Cheryl Fergison (EastEnders favourite Heather Trott), Maureen Nolan (The Nolans) and Casualty’s Rebecca Wheatley the hysterical Menopause the Musical has entertained and inspired women across the world since 2001. Menopausal or just in need of a laugh out loud kind of night, this show is a must see for all women.

This hilarious celebration of women and ‘The Change’, is an all-singing, all-dancing comedy bringing together four women at a department store sale, who on first appearance have nothing in common.