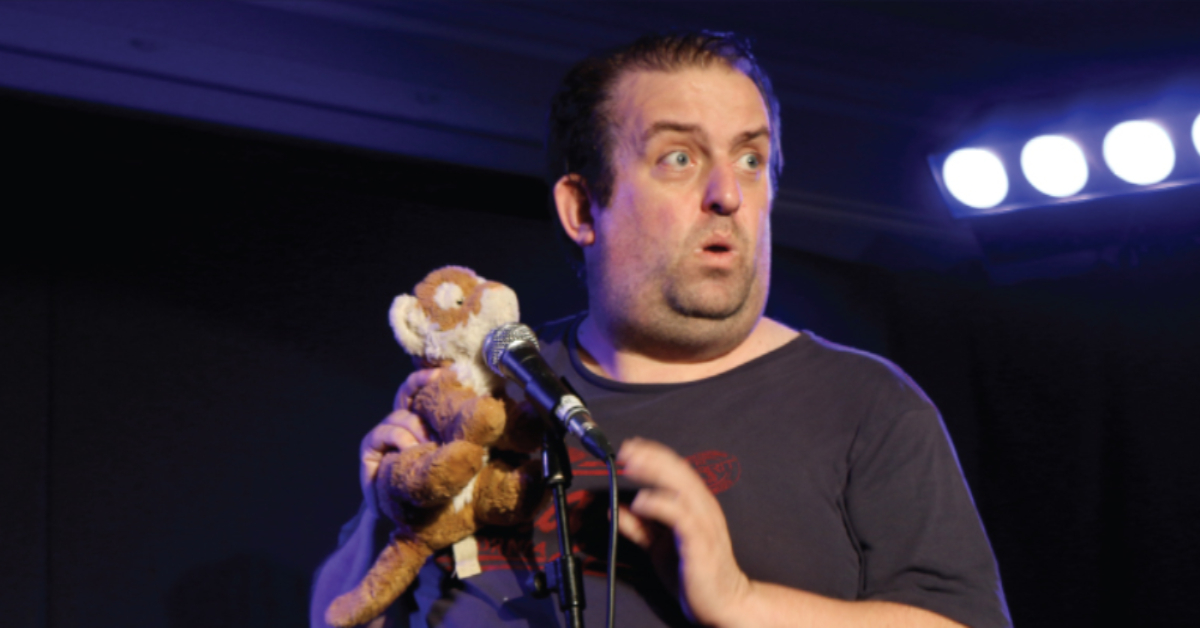 Johnny Candon has been all over your telly, appearing on Russell Howard’s Good News, Revolver, The Sketch Show, and Mock The Week. One of Ireland’s most sought after and experienced stand-up comedians, Johnny regularly plays at all the major comedy venues in the UK including Jongleurs and The Comedy Store. He tours the Middle East, Australia, and China delighting audiences with his easy style and engaging presence. Described by The Scotsman as a “likeable raconteur”, Johnny has toured Britain with John Oliver, and Ricky Gervais and was a founding member of the critically acclaimed Robin Ince’s Book Club, performing regularly with Russell Brand and Stewart Lee.

Often described as “Mayo’s most charming ball of misery”, Bob Hennigan is a veteran of the Galway comedy scene and Resident MC of the highly-acclaimed Ireland’s Smallest Comedy Club. A previous winner of the Tedfest Toilet Duck Award and 2015 Galway Comedy Award, you can expect haikus, bitter tirades and big laughs.

Tickets €6 in advance from Róisín Dubh, www.roisindubh.net or OMG Zhivago, Shop Street or €8 at the door.
Doors 8pm / Showtime is 8:30pm. Admission includes a FREE Jager + FREE entry to the world-famous SILENT DISCO after the show!